On a market dominated by three two operating systems, everybody is skeptical when a new one joins the game, but this one seems to have something special.

Aquaris E4.5, the first Ubuntu smartphone, made its debut today, presenting users with “an entirely different way to engage with their devices.” 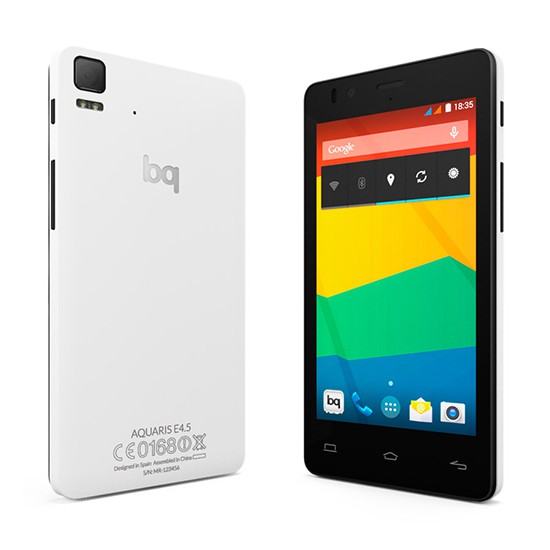 According to PC Mag, the handset will be available just in Europe for the moment, for a retail price of 169.90 euros, via BQ.com, but hopefully it will reach new areas soon. Of course, if Europe delivers a positive feedback. Also, the phone will be available through operators like 3 Sweden, giffgaff from the UK, Portugal Telecom or amena.com from Spain, which are offering SIM bundles if yo want to buy the phone.

The Aquaris E4.5 is a 4.5″ handset, powered by a MediaTek quad-core Cortex-A7 CPU, clocked at 1.3 GHz and 1 GB of RAM. It has 8 GB of storage, a 8 MP rear camera with autofocus and dual-flash, while on the front, we can find a 5 MP shooter. As you can see, it’s basically a mid-ranger, but it’s not the specs that make this phone special…

It won’t rely on apps

Aquaris E4.5 is running on a mobile version of Ubuntu, with the Scopes user interface, presenting digital life services, like music, social media, internet browsing, photos and so on, on the home screen, according to the above mentioned source.

We’re very curious to see how the new mobile operating system will be received by the market and for the moment we can only salute Canonical’s initiative of bringing Ubuntu to smartphones. With a bit of luck, in a few years it could compete at least with the likes of Windows Phone or BlackBerry.

Any first thoughts on this? Would you buy the Aquaris E4.5?