While everybody is looking at recently launched flagships from top manufacturers, like the LG G4 for example, one brand which a few years ago was selling like crazy, is ready for a comeback. Priced at just $250, unlocked, the Alcatel OneTouch Idol 3 is a mid-range phone which you should really consider if you want a new phone, but without breaking the bank.

One of the best deals of the moment!

Despite the price, the handset comes with a 5.5″ display, featuring a full HD display of 1920 x 1080. If most top notch models have a QHD resolution at this size, Alcatel opted for battery life in favor of pixels, embracing the same philosophy as HTC or Huawei, brands which are also rocking full HD. 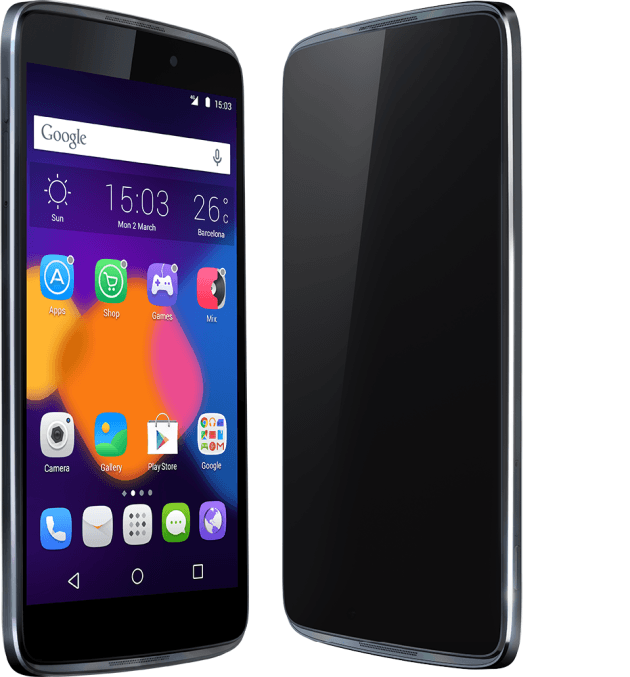 Moving on, the Alcatel OneTouch Idol 3 is powered by a Snapdragon 615 chipset, with eight cores: four Cortex-A53 models, running at 1.5 GHz and four Cortex-A53 cores, running at 1.0 GHz, for less demanding tasks. It’s aided by 2 GB of RAM and an Adreno 405 GPU, while the internal storage capacity counts 16 or 32 GB, expandable with a microSD card.

On the back, it’s loaded with a surprisingly good 13 MP camera, as stated by Tech Times, while the 8 MP front-facing snapper will deliver some hi-res selfies.

With a capacity of 2910 mAh, the power pack delivers a respectable battery life, of up to 13 hours of talking over 3G or a full day of normal use.

Almost stock, but with an iOS flavor

Finally, the Alcatel OneTouch Idol 3 is running on Android 5.0 Lollipop, very close to stock, which is nothing but good new for anybody who hates bloatware, yours truly included.

To sum up, we must admit that we’re looking at one of the best mid-range handsets of the moment. It’s true, it doesn’t come with a metallic body, high-end specs or other features, like fingerprint scanner or optical image stabilization, but for the price you’re paying, the Alcatel OneTouch Idol 3 is definitely an excellent deal.