You are here: GeekSays Technology News » Android » Madefire blazes its way onto Android

Madefire, a service that sells digital comics from publishers such as DC and DarkHorse released an app today on Android, finally giving Amazon’s ComiXology some competition on Google’s mobile operating system.

Apart from the standard digital comics, Madefire has also been developing “motion comics”, which are typical comics that have been entwined with audio effects and motion graphics to make the reading experience much more interactive. 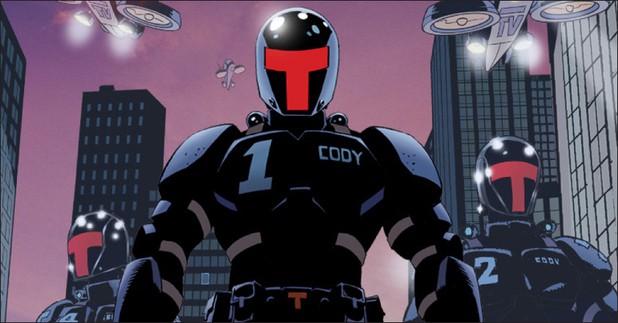 While some people may not prefer this new type of comic, there is no denying the innovation coming from the Madefire camp.

The company is even offering its interactive tools directly to independent comic book creators. Indie creators will be able to upload their static pages directly to Madefire and either sell the books as-is or spruce them up with the multitude of special effects available from the company.

The port to Android was conveniently timed with the start of San Diego Comic Con (SDCC), but comes two years after the release of the company’s iOS app. It is a smart move, though, to capitalize off the hype that comics get during a large comic convention such as SDCC.

It will provide consumers with some variety in buying options, should they want it. And every savvy buyer knows that competition generally means better prices; so this move, even if Android users/comic book readers do not make use of it, should benefit them one way or the other.

Do you think Madefire will be able to compete with ComiXology, even though it is so late to the party? Let us know in the comments!