You are here: GeekSays Technology News » Microsoft » Can the Lumia 950 be Microsoft smartphone business’ savior?

For the past yeas, Microsoft released a couple of very interesting devices, but none of them managed to sell better than iOS and Android devices, even though they were targeted to all categories of users. But they’re hoping to change this with their latest flagship, the Lumia 950, a device focusing on sophisticated business-oriented customers.

An excellent job, in terms of specs and design

Of course, not just this category will be interested in the handset, because it’s an excellent device, with high-end specifications. The Microsoft Lumia 950 features a 5.2″ QHD display, protected by Corning’s Gorilla Glass 3, while under the hood it has Qualcomm’s Snapdragon 808 chipset, alongside an Adreno 418 GPU and 32 GB of RAM.

The internal storage capacity might count just 32 GB, but you can expand this with a whooping 200 GB, using a microSD card slot, and all your storage problems are over. 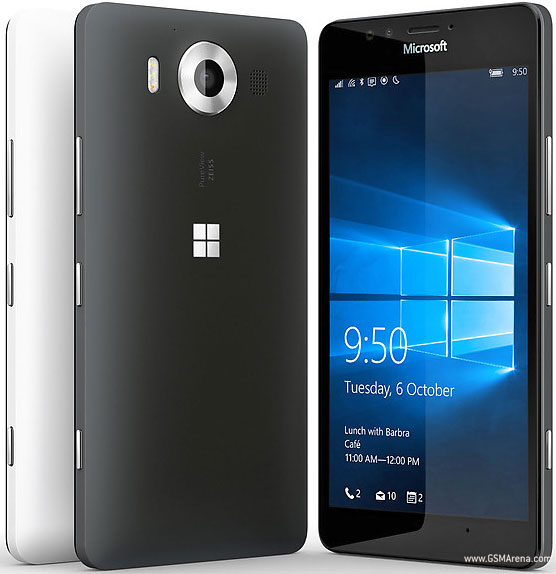 On the back, we can spot a 20 MP camera, with Carl Zeiss optics, autofocus, optical image stabilization and a triple-LED RGB flash, while the front snapper is using a 5 MP sensor.

Finally, the Lumia 950 is using a 3000 mAh battery, with wireless charging, and it’s powered by Microsoft Windows 10.

One of the most special features is the addition of Microsoft’s Continuum Technology and their voice assistant, Cortana. Basically, it works like your PC, as they said in this week’s presentation.

Still, something is missing again…

Ok, so overall, the phone is great, but there’s something that will once again (most likely) keep Microsoft behind its competitors: Windows 10 mobile’s features. Like Kirt McMaster, Cyanogen’s CEO, said, “with the consumer today, if you are starting with less than what’s available on iOS or what’s available on Android, you are dead in the water.”

Yes, Windows 10 is great, but for the moment it doesn’t have what it takes to convince users to switch over to the Lumia 950 or other Microsoft phones. Not to mention that it doesn’t have any features that regular users will appreciate.