While Apple is approaching the media event dates, a new series of iPhone 5C leaked pictures has reached the Internet world. A new leak from a social network emerges that Apple is going to use same color solid background wallpaper on iPhone 5C devices to power-up the new iPod-Nano like packaging for the iPhone 5C. The image highlights iPhone 5C device, which is said to be the low-cost version of the current-generation iPhone model in market. 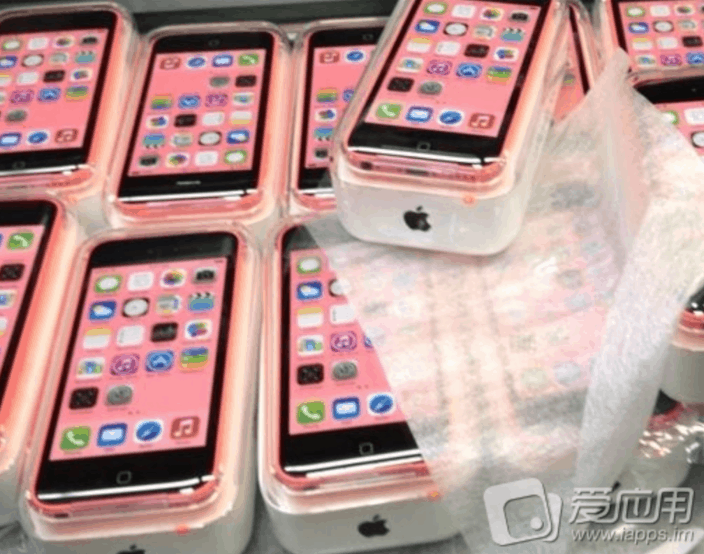 The new leaked image is very low in quality, and therefore we are unable to verify the authenticity of the image. However, it is making sense with a large series of previous rumors about the iPhone 5C launch, and packaging. The source behind the image has some flip-flop track record in breaking the updates about the upcoming updates, and majority of flicks are coming from a Chinese micro-blogging website.

The new purported iPhone 5C packaging is making sense because it match’s a lot with iPod Nano packaging from last year. Furthermore, there are claims that Apple is going to revamped the iPhone packaging this year. The packaging of iPhone 5C will be featuring the very front panel of the device in crystal plastic box with solid background.