Apple has introduced a set of API’s for Game Controllers in iOS 7, and officially start supporting controllers that are only for iPhone devices. A new set of images come into the ground this morning with a clearer view of what might be Logitech’s MFi (Made for iPhone) controller for the iPhone. The image published by @evleaks on Twitter. The source behind @evleaks has a reliable track record in the past of leaking unannounced products on an internet. 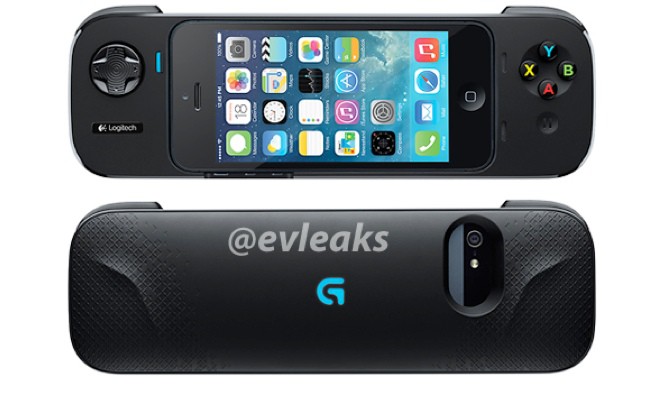 The current picture is showing only an enclosure model of MFi controller, but it is said that a handful of variety is coming soon in the market. In advanced controllers, we will not see the requirement of fitting an iPhone or iPad into the controller. We have also learned that some industry inventors are currently working on iOS game controllers powered by Bluetooth radio.

We first heard about MFi controllers in June, after the official announcement of iOS 7 to developers at WWDC 2013. Logitech is the very first vendor jumping into iOS MFi controllers this year after the availability of the feature in iOS 7.