Even though we don’t have any official confirmation regarding the name, it’s almost a certainty that Apple’s upcoming smartphone will be called iPhone 6S. After all, starting with the 3G model, the Cupertino-based used us with releasing an S version of their smartphone every two years, so we’ll take the ‘6S’ name as granted.

And if you also expected to see some changes in terms of design, we have some bad news for you: it will be identical. Or at least that’s what the latest set of leaked images with the rear shell are pointing to. 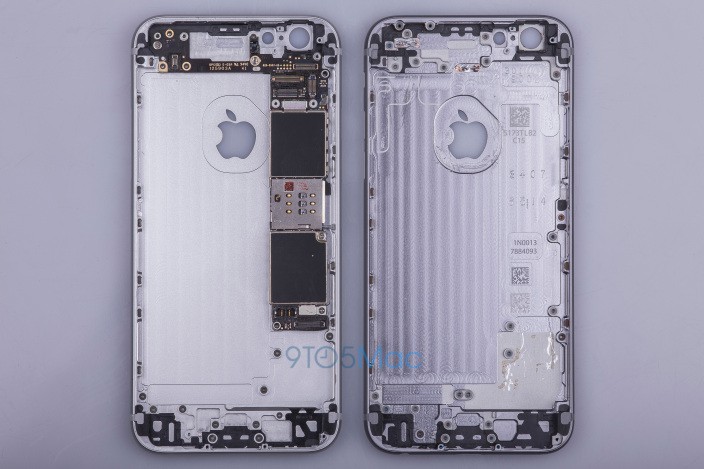 On the other side, there are some sources pointing to a new material used in manufacturing the iPhone 6S. To be more specific, we’re talking about 7000 Series aluminum, which is way thinner and lighter than the current aluminum used by Apple, but way more tougher. Is it just us or these guys learned something from ‘Bendgate‘?

Still, if in terms of design the iPhone 6S won’t bring anything new, it seems that the internal mounting structure suggests a few new things. The most important addition will be the A9 chip and the Force Touch feature, seen for the first time on the Apple Watch.

The spec sheet is completed by 2 GB of RAM and an improved 12 MP camera, with the ability of making DSLR-like photos.

Any first impressions about the first leaked pictures with the iPhone 6S? Were you expecting something different?