We must admit that the iPad Air was an amazing tablet, receiving a lot of positive feedback from iOS users and not only. Still, it’s been on the market for a while, so it’s time to start thinking about the next version of it, which will most likely be called iPad Air 2.

Considering how Apple upgrades its products, the tablet shouldn’t undergo any important design changes. This fact is being confirmed by the latest leaks with the iPad Air 2, which reveal a pretty interesting feature though… 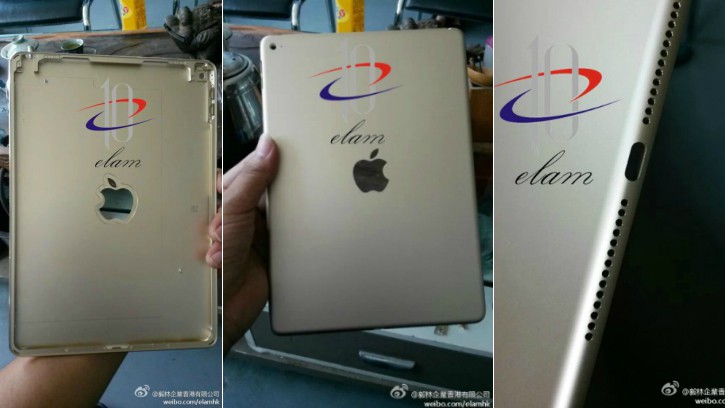 As you can see, a few minor changes were operated, starting with the volume controls, which have been placed into the frame, while the speaker grille was redesigned and it consists in a single line of holes.

Also, a tiny microphone can be spotted next to the rear camera, a feature borrowed from the iPhone 5S, while the overall design is slimmed down, from 7.5 mm to 6.2 mm. And last but not least, the hole in the cover. When we first saw it, we automatically thought at the lightened logo from MacBooks, but this would be way good to be true.

Anyway, this last one is just a supposition and until Apple doesn’t show the iPad Air 2, during an event which is expected to take place in October, make sure you take every rumors with a pinch of salt.

What about you guys? How many of you are expecting an illuminated logo on the back of the iPad Air 2?