After releasing one of the best smartwatches we’ve seen in 2014, the G Watch R, LG doesn’t show signs of stopping, as their latest wearable is not far from being declared the most interesting of CES 2015. A couple of Audi executives were spotted wearing an LG-branded webOS smartwatch, used for showcasing the new car unlocking feature through NFC. But we’re not talking about cars here…

Even though we don’t know if we’ll ever see this webOS smartwatch on the shelves, we must confess that we were delighted about it. First of all, it’s the design. It looks a lot like the above mentioned G Watch R, which, alongside the Moto 360, was one of the best looking smartwatches we’ve seen in 2014. And if it was worn by some execs, it’s clear that this device works good with every outfit. I mean, stainless steel and a sapphire crystal covering the display, what more can you ask for? 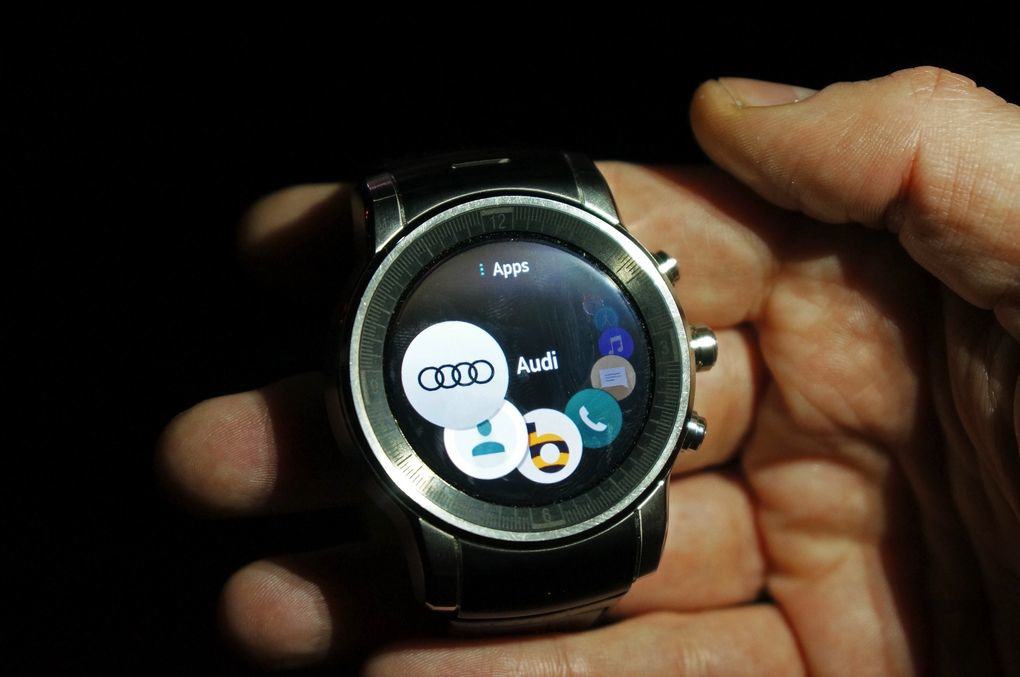 Secondly, it’s the operating system. We won’t deny the fact that Android Wear is close to perfection, but LG’s webOS is not bad either. Besides the Audi app, it comes with a calendar, email client, music player and LG’s health app. If you’re curious how it works, check out this demo video:

A cellphone for your wrist?

According to PC World, the LG webOS smartwatch is powered by Qualcomm’s Snapdragon 400 CPU, common for most smartwatches and it might be able to make calls without the need of being paired with a smartphone, according to PC World. Now that would be something very interesting to see, since there aren’t many similar devices, which can do this.

No word about the pricing or if this wearable is actually going into production, but stay tuned on our blog, as we will keep you updated if anything new comes up. Until then, tell us what do you thing about LG’s idea! Do you think that a webOS smartwatch is going to perform better on the market than an Android Wear one?