A few days ago, Microsoft announced their latest Surface Pro 3 tablet, one of the best devices from this category we’ve seen this year. In order to make sure that it reaches the public, the software giant tried to arrange deals with OEM manufacturers, which can sell the tablet in their own stores.

According to The Verge, Dell and HP agreed to do it last month and they will sell the new Surface Pro 3, but a third manufacturer, Lenovo, refused to do it. 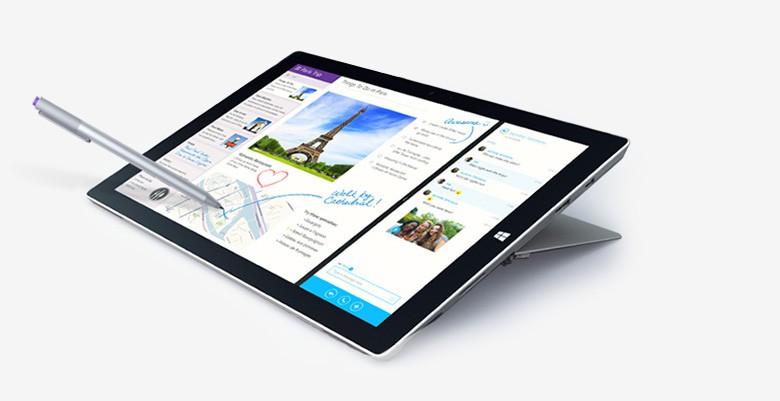 “I said no to resell their product,” Gianfranco Lanci, Lenovo’s COO, said in a conference, adding that Microsoft “asked me more than one year ago, and I said no I don’t see any reason why I should sell a product from, within brackets, competition.”

Apparenty, Lenovo thinks that its new tablet, Miix 700, which looks more like a Surface Pro 3 clone, is a direct competitor for Microsoft’s product. It has an adjustable kickstand and the keyboard can be attached magnetically, two features that are enough to sustain its ‘almost-clone’ status.

Dell is delighted with the deal, while HP is like “meh.”

As for the other two partners, they were more than OK with doing it. It wasn’t such a big surprise that Dell accepted Microsoft‘s offer, since they’re close partners. Back in 2013, when Dell went private, they contacted a $2 billion loan from Microsoft, so the availability of the Surface Pro 3 in their store was announced by both CEOs, Satya Nadella and Michael Dell.

Finally, HP also joined the club, even though they added, through PC chief Dion Weisler, that they’re not thrilled to be a part of the Surface Pro 3 selling plan.

“These are customers we have been working with for many, many years and we don’t simply want to cede those relationships to a competitor, so we said, ‘OK, we’ll participate in that,'” he added.