Lenovo has declared at CES in Las Vegas that this 2015 will see refreshment in Yoga product and the products they are going to bring are Yoga Tablet 2, Yoga 3 and ThinkPad.

ThinkPad Yoga is coming in three sizes, 12, 14 and 15.6 inches screen. This will have windows 8.1 OS and the core processor will be either Intel Core i5 or i7. The ThinkPad Yoga can be configured by up to 1TB HD or 512 GB SSD. It includes a memory of 8 GB. 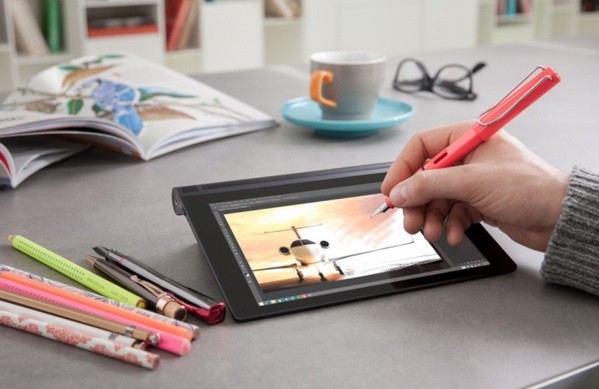 14 and 15.6 inches ThinkPad laptop is having the Nvidia graphics and the largest that is the 15.6 laptop is coming with a 3D feature. This will allow 3D camera, 3D printing and scanning.

Yoga Tablet 2 is coming with an interesting feature called Any pen. This Any pen allows you to write on the screen by traditional pencil or ball point pen for the conductive display. According to Lenovo, this feature is very helpful and accurate and it is always better to write with pen instead of using fingerprints.

This product is available from January 2015 with starting price $299.

Lenovo is launching Yoga 3 in two sizes 11.6 and 14 inches. The screen is having a resolution of 1920×1080 and it can rotate 360 degree so as to use as Laptop and Tablet both. The 11 inches model includes an Intel core M processor while the largest model will have either i5 or i7 processor.