With just few hours away from the official iPhone 5S launch media event in the public at Apple’s Town Hall campus. It is reported that sources around the world are submitting their last round of scopes on the internet. A new leak comes from a French blog featuring iPhone 5S user guide explaining the new features of iPhone 5S to users. The iPhone 5S user guide is said to be included with handset in the box. 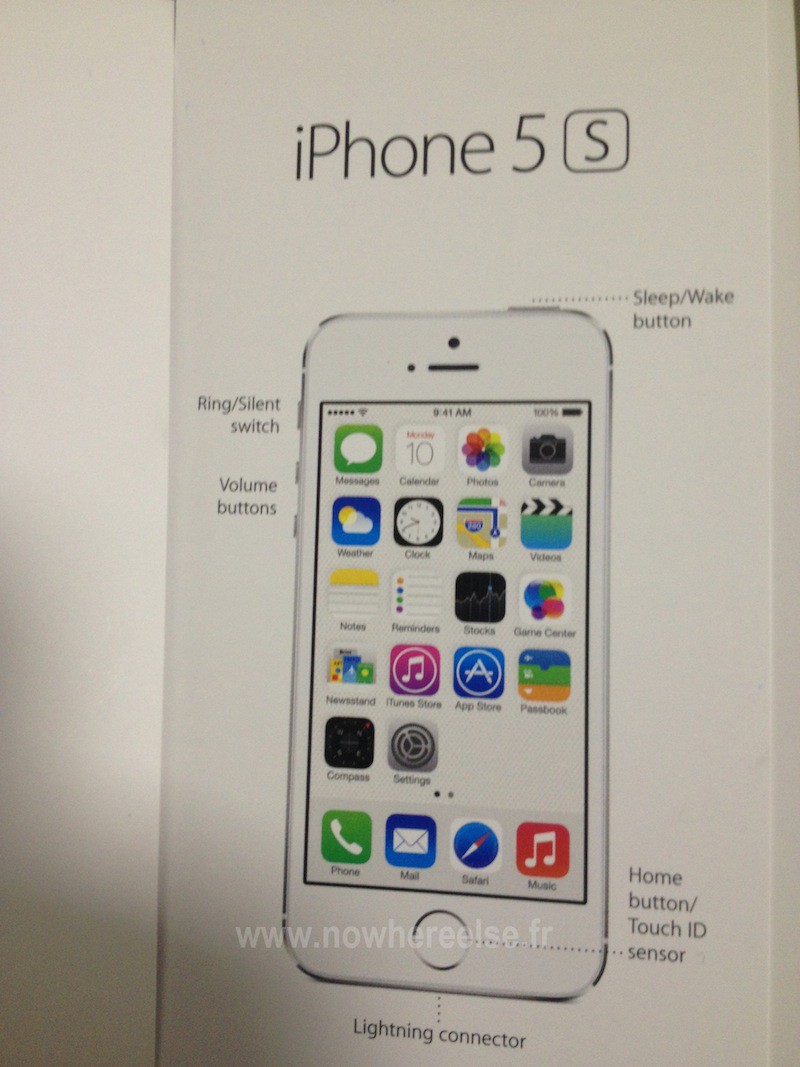 The new iPhone 5S guide is carrying a new range of words on it to describe the iPhone 5S buttons. We are now looking forward to cover all the latest upcoming updates about the iPhone 5S from Apple and rumors mill in the next few hours. We will be covering the iPhone 5S and iPhone 5C launch event live on our blog. You can keep in touch with us at Facebook, Twitter, App.net!