Luxury iPhone and iPad maker Feld & Volk have leaked new images of what they claim is the genuine iPhone 6 rear shell. The company which is based out of Russia reveal in a video what appears to be an all-metal casing, with the various slots for the sim card and other features.

It’s likely that this is what the casing looks like before being coated. We can tell it’s not in its completed form because the mic and camera holes are yet to be cut out. It’s not clear what the color of the device may be, as similar images have already leaked showing much the same casing but in black.

The new images also show a cut out of the Apple logo, which has yet to be filled in. The company speculates that this could actually house the antenna for near field communications (NFC). 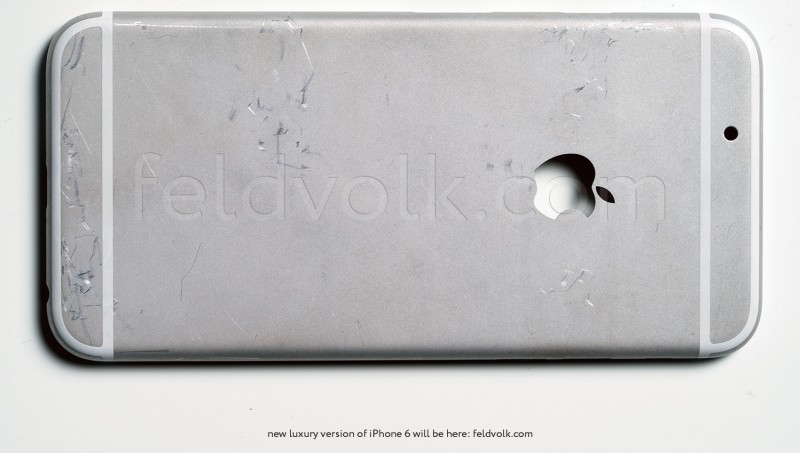 The design is not revolutionary and jibes well with previous incarnations of the iPhone. It is also consistent with some earlier leaks, especially the new striping to the top and bottom of the casing.

Feld & Volk have also suggested that Apple are using the same sapphire crystal supplier that they use for their luxury designs, which would back up rumors that the iPhone 6 will come with a sapphire crystal display. 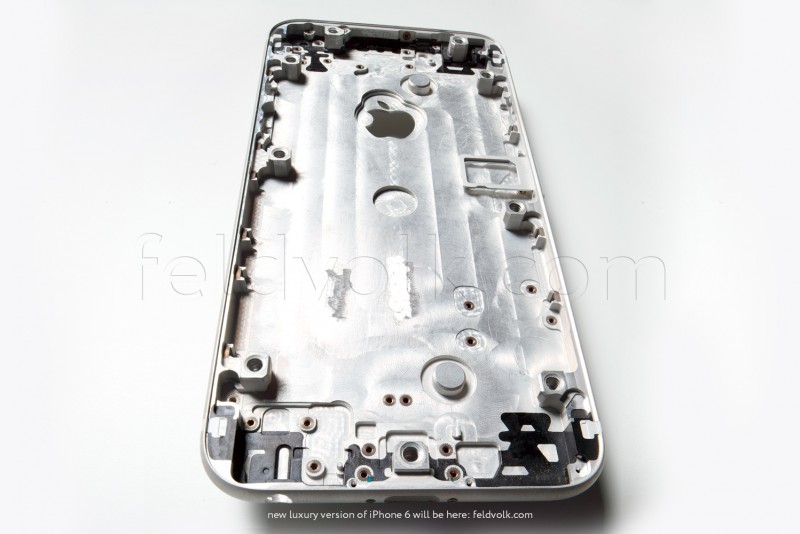 Their relationship with official Apple suppliers and manufacturers is why they have been able to get their hands on the shell before everybody else. They claim to work with some of the same factories that produce iPhone spares.

The iPhone 6 is expected to launch this coming September, with two models in 4.7 and 5.5-inches. It’s now believed that both will go on sale at the same date.