With less than 20 days until the release of the long awaited iPhone 6, more and more reports related to the specs it might have surface the web. A phone repair company known by the name of Geekbar recently suggested that Apple is planning to release a 128 GB version of the iPhone 6, thanks to an interesting schematic. 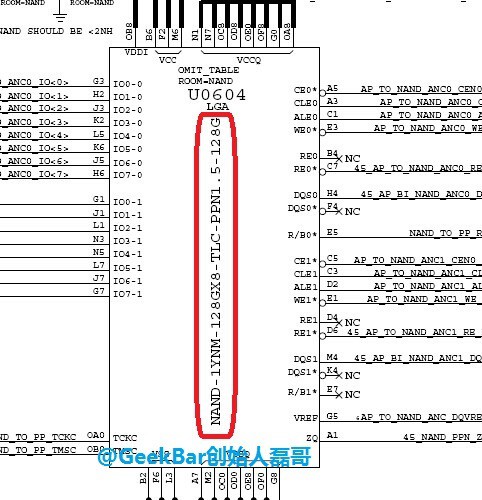 This sincerely comes off as a surprise, especially because of the fact that no iPhone has ever had more than 64 GBs of memory, while it also raised a couple of interesting questions. Now, many people from all around the world are wondering whether the change will hit both the 4.7, but also the 5.5 inch versions of the iPhone 6 or just one of them. Together with this, we’re also wondering whether this increase in memory is actually needed, especially because of the fact that it can become quite challenging to fill up such a high memory on a phone. Also, if the iPhone does get this memory increase, doesn’t it sort of make the Cloud obsolete? Sure, it’s still great for sharing things from a computer to another, or on your mobile Apple devices, but with such a memory capacity put in place, its features kind of fall short.

Now, do you think that the iPhone 6 will be the only device to get 128 GBs of RAM, or is Apple planning to upgrade the iPad as well, which is after all, a portable computer?