One thing is sure that Apple is moving towards the next-generation of human interfaces for its operating systems on both iOS and Mac OS machines. If you have got a chance to play a bit with iOS> 7 beta 1, then you must understand that how Apple left OS X Mavericks development for iOS 7 overhaul look. Apple is adopting new design theories for iOS 7 and OS X designs. 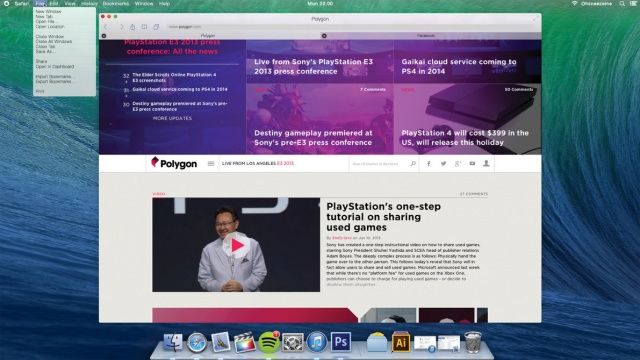 Jony Ive and its team decided to delay the OS X overhaul, and carries on with iOS 7 flatter design to kick out Scott Forstall flourishes from iOS. We have seen Apple developed iOS 7 from core to bring real change to its user-interface, but what about Apple doing same to upcoming OS X 10.10 major update?

Jony Ive is already responsible for iOS 7 design changes, and if this continues at Apple then we will soon see the flatter design of OS X 10.10 to follow up with Apple’s new design theories. At the moment, OS X Mavericks carries same old year design with some specific changes to its features but in the upcoming year we can expect a whole new design profile of OS X 10.0 for everyone.