The iOS 7.0.4 Jailbreak has started making buzz across the community. The hackers has released the tool to achieve root access for iOS 7.0.4 Jailbreak on iPhone 4 devices, but there was an issue with the compatibility of other components with iOS 7 operating system. In the past, we have shared numerous screenshots of Cydia running on iOS 7 devices, but many people asked for the proof and legitimacy of the screenshots. 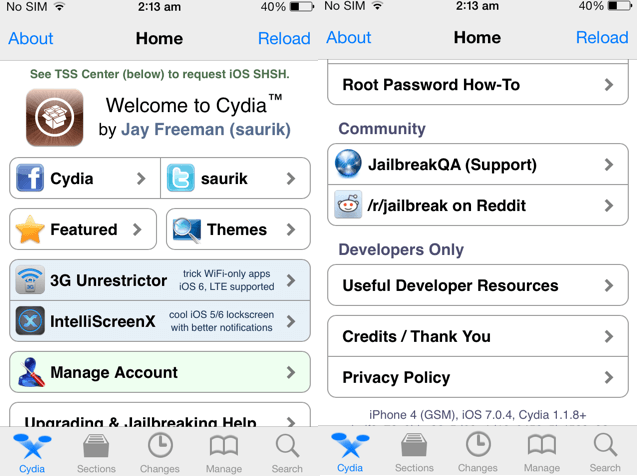 Just a day ago, we have covered the tutorial on how to perform tethered iOS 7.0.4 Jailbreak, and install Cydia on your iOS 7.0.4 Jailbreak-ed device. With more than 24 hours of running an iOS 7.0.4 jailbroken device, I can state that majority of stuff needs to fix before the public roll out.

Saurik has already stated that Cydia needs to be worked before releasing in public, and other jailbreak hacker teams like Evad3rs are also working on the untethered iOS 7.0.4 jailbreak exploits. While the process is running smoothly in iOS Jailbreak community, we heard about the new tool that wraps OpenSn0w utility to jailbreak iOS 7.0.4 and easily install Cydia on iOS 7.0.4.

Here you go with the couple of working screenshots of Cydia running on iOS 7.0.4 and as well as the video. 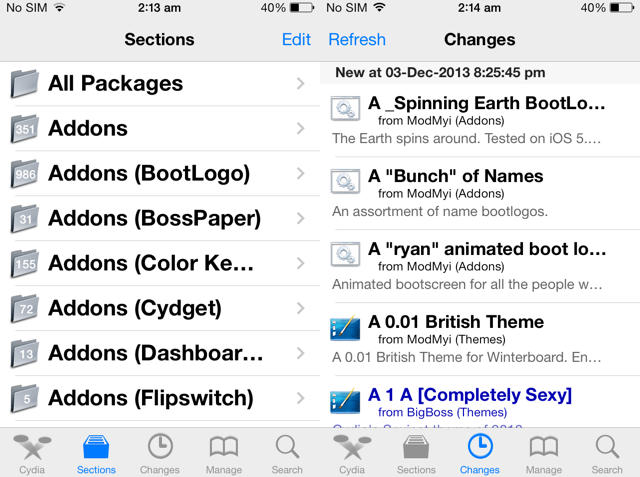 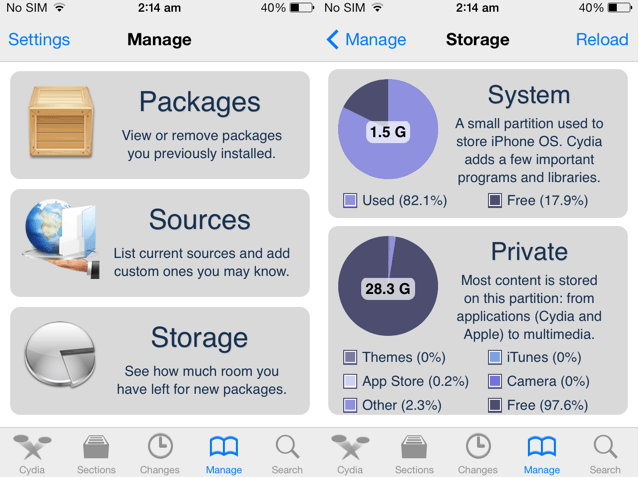 It is merit reminding everyone that iOS 7.0.4 Jailbreak is currently in tethered jailbreak status, and it doesn’t work on any iOS device except iPhone 4. The A4 devices are still vulnerable to limera1n exploit. The current status of iOS 7 jailbreak is still under-development by Evad3rs.