Apple has been updating its numerous applications including iMovie, Pages, and many more on the App Store. We know that Apple is moving ahead to announce the next-generation iOS 7 and iPhone 5S in the market but it seems that Apple is in mood to troll rumor mills around the world. As several readers are noticing that numerous application updates are now coming with iPhone 6 compatibility in iTunes Store. Yes! I am talking about iPhone 6. Does this mean iPhone 5S is actually an iPhone 6? 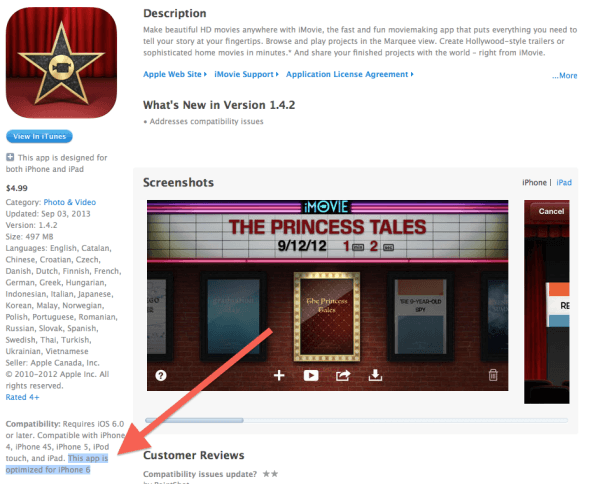 It is merit mentioning here that not only Apple baked applications are containing words that refers to iPhone 6, but also numerous third-party applications are now entitled as iPhone 6 optimized in the App Store. We are assuming that it might be an error in iTunes system, or someone at Apple is seriously pissed at iPhone rumor mills. In the past, Apple has done trolling to developers with mentioning a long series of iPhone models in iOS beta versions to avoid upcoming iPhone models leaks and rumors in the market.

It is also said that Apple is bringing the iPhone 7 in some regions. Yes, iPhone 6, and iPhone 7 both are mentioned in iTunes Store. Several readers around the world are now saying that same applications are now surprising featuring iPhone 7 in the descriptions.