This weekend was a special one for every iPhone fan around the world, since their favorite smartphone celebrated 8 years since it’s on the market. On January 9, 2007, Steve Jobs introduced the first generation of Apple’s smartphone, during the Mac World Conference, in San Francisco. According to many people, the way we communicate was totally changed that day…

‘This is one device. And we are calling it iPhone.’

Also, during that day, Apple Computers became Apple, and it was just the beginning of probably the most successful device in the company’s history. After all, in 2006, Apple’s total revenue was about $19.3 billion, while by December 2014, only the iPhone itself generated more than $43 billion, according to Wired. Mr. Jobs, you had an amazing idea. 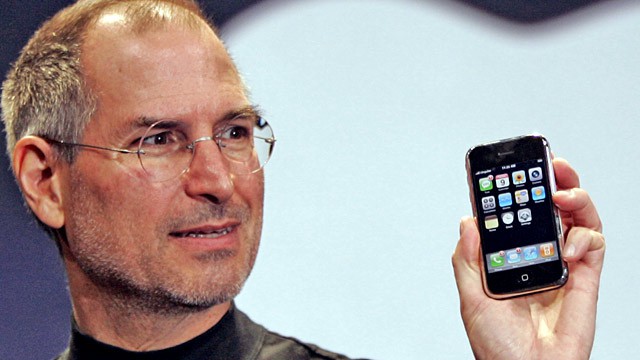 Of course, compared with today’s smartphones, the first iPhone model is like an antique PC, but for 2007, a 3.5″ display with a resolution of 320 x 480, alongside a 412 MHz CPU, PowerVR MBX GPU, 4, 8 or 16 GB of storage and a 2 MP camera was something really serious. Also, it was the first device to sport iOS, a new mobile operating system, perfectly optimized for Apple’s handset.

And let’s be honest, everybody was fancying the smartphone with that clown fish wallpaper, because it was also looking pretty damn good, compared to other models. Actually, the first iPhone was a great source of inspiration for other manufacturers, as a lot of the smartphones launched then borrowed some design elements from Apple’s smartphone.

As for changing the way we communicate, just think that without the iPhone, Facebook would’ve been just a PC browser-based service. The same for Twitter. No Instagram. No Whatsapp. And the list could go on.

A lot of companies are calling their smartphones ‘innovative’ nowadays, but we must admit that we haven’t seen something as innovative as Steve Jobs’ creation was yet.