You are here: GeekSays Technology News » Android » Is this the Huawei Ascend Mate 7 Plus?

The Chinese manufacturer Huawei seems to be more active than ever. After a few days ago they introduced the Honor 6 Plus phablet, it’s time for one more device to be revealed. Well, revealed is too much, since we only have a few leaked pictures with what is supposed to be the Huawei Ascend Mate 7 Plus, the successor of the very popular Mate 7. 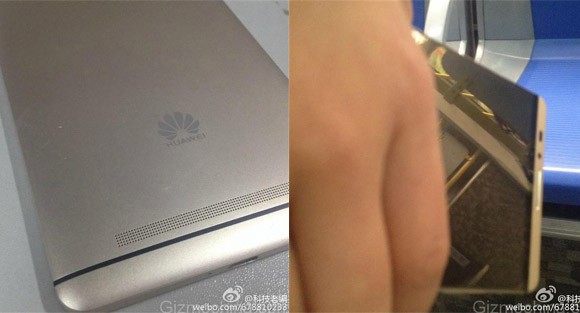 If it’s not broken, don’t fix it

The images, spotted on Weibo and provided by Gizmo China, don’t reveal very much details, but we can see that the Huawei Ascend Mate 7 Plus is not very different from the previous generation, sporting the same almost-zero-bezel design and a larger speaker grille at the top. Still, the things are a bit different if we go to its specs sheet.

Like most top devices nowadays, we hope that the phablet will come with a QHD display, with a resolution of 1440 x 2560 pixels, as Huawei’s smartphones are screaming for a resolution upgrade. Also, a full HD resolution on a 6″ display is a big no-no, so let’s hope that these guys won’t disappoint us from this point of view.

No details about the internals until know, but we expect the Huawei Ascend Mate 7 Plus to be equipped with the manufacturer’s very own chipset, the Kirin 925, with an ocra-core CPU and 2 or 3 GB of RAM. The internal storage capacity should also count at least 32 gigs. The camera duo will most likely be represented by a 13 MP rear snapper and a 5 MP selfie unit.

Last but not least, the handset will be running on Android, 5.0 Lollipop we hope, but customized with Huawei’s Color UI.

The rest of the details, like the price and the launch dateof the Huawei Ascend Mate 7 Plus, should be revealed next month, during the Consumer Electronics Show, held in Las Vegas.