You are here: GeekSays Technology News » Microsoft » Is Microsoft HoloLens the best VR headset of the moment?

After a long announcement, Microsoft finally announced today Windows 10, the company’s first operating system under the new CEO, Satya Nadella. Still, the new OS wasn’t the only thing that caught our attention, as they took everybody by surprise and released the Microsoft HoloLens, an amazing virtual reality headset with the sole purpose of delivering a totally new experience.

According to Mashable, during the event, Microsoft showed a video of what seemed to be a concept of a VR headset and it ended up with them showcasing the real deal, followed by a demo. 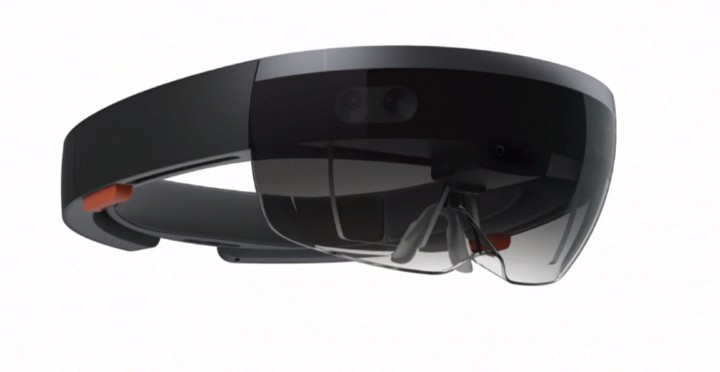 Compared to other similar headsets, like the Oculus Rift, for example, or Samsung’s Gear VR, the Microsoft HoloLens is a standalone device and it doesn’t need to be paired with a computer or a smartphone in order to work. And in our book, this is a huge plus.

As you can see, it doesn’t have any wires, so it keeps getting better and better. Behind the Microsoft HoloLens are four front-facing cameras which are used to detect how the user is moving his/her hands while interacting with holographic objects which can be seen through the…well, see-through lens.

The objects are generated by a third processor called holographic processing unit, working alongside the CPU and the graphics processor.

But enough with the talk, let’s see what Microsoft HoloLens can actually do!

Microsoft didn’t gave any details like battery life, availability date or, most important, price, but it definitely won’t be cheap. Still, one thing is clear: the HoloLens is one with one step further and its competitors need to work hard in order to come up with at least a similar device.

What do you think about the headset? How much time will it pass until virtual reality becomes a part of our lives?