After Motorola introduced the Moto 360, one of the first smartwatches with a round display, they basically dominated the market, as users were attracted especially by the form factor, different from everything else seen until that moment. Still, CES 2015 opened its gates and other manufacturers followed the trend. One of the wearables that really caught our attention at the show was LG Watch Urbane, which was taking design one step further.

Even though it wasn’t the first round smartwatch released by the South Korean manufacturer, it was the first one which actually looked like a regular watch, like the ones you and I are wearing almost every day. And this was one of its biggest pluses, compared with other similar devices. 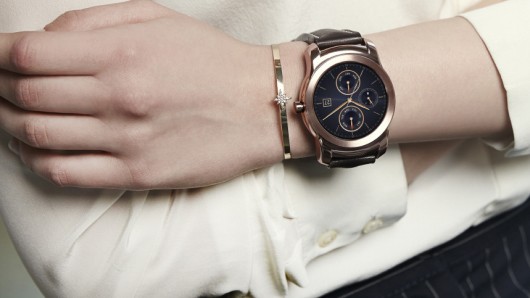 Now, after a few months since the LG Watch Urbane is on the market, most tech authorities managed to get their hands on it and ended up being impressed in this little wearable, which can be considered one of the best Android Wear smartwatches of the moment.

Lots of power in such a small case!

In terms of specs, it comes with a 1.3″ P-OLED display, with a resolution of 320 x 320 pixels, being powered by a Snapdragon 400 chipset, clocked at 1.2 GHz. Also, the LG Watch Urbane features 1 GB of RAM and 4 gigs of internal storage, while the battery has a capacity of 410 mAh. From this point of view, there’s no doubt that it’s one of the most powerful wearables we’ve seen lately.

As for the design, it sports a really nice brushed metal bezel, matching the chromed body. Of course, it comes with a variety of genuine leather straps, so you can easily match it with the outfit you’re wearing.

If you as us, the LG Watch Urbane is indeed one of the best looking smartwatches you can buy right now. The $350 price tag might be an impediment for some users, but it’s definitely worth every penny.

What do you think about LG’s latest smartwatch? Would you pick one over the Apple Watch, for example?