You are here: GeekSays Technology News » Jailbreak News » Is iOS 7 Jailbreak Possible or Not ?

The iOS 7 jailbreak is it at its peak before the official release of iOS 7 itself. Moving further the jailbreak community has already revealed that they have the exploit for the iOS 7 so there are several flaws until tomorrow yet the news’s around claim that Apple will be working at the security if iOS 7. 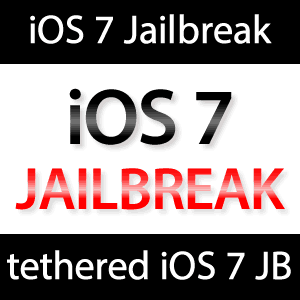 Well, at the yearly WSJ’s D11 conference the CEO of Apple, Tim Cook claimed that the Cupertino based company will start the open source codes to be provided by the coming year which will let the Saurik’s Cydia getting down because as soon as it happens the jailbreak developers will rush towards Apple and will work with them for instead of maintaining the quality of the jailbreak community.

The iOS 7 jailbreak thoughts, if Apple really wants their market to increase they shall work up with their software or else Android will take over the market from Apple because the users demand new interface and features time by time which Apple id not working on and may lose attention.

Yet less than 24 hours are left so fasten your seatbelts because a lot of stuff wil be coming soon.