Day after day, we are all moving towards the Apple’s Worldwide Developer Conference 2013. Apple is reportedly hosting WWDC 2013 this week to unveil latest version of iOS and OS X operating system to developers. Sources have already leaked a plenty of information about the upcoming iOS 7, and iOS 7 latest features. The latest iOS 7 for iPhone and iPad devices are rumored to be gaining a new user-interface, and couple of gestures based features for iPhone and iPad devices. 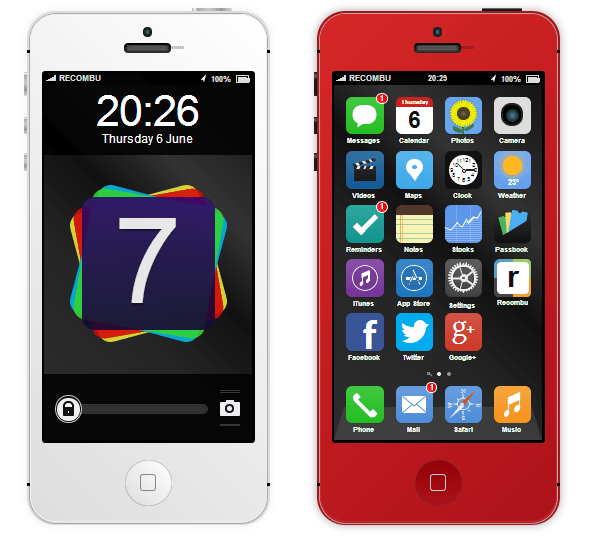 Over the last few weeks, we have seen numerous reports coming out from several remarkable sources claiming that Jony Ive is handling iOS 7 development and bringing his high-class simplicity to iOS core and its applications. It has been reported couple of times that iOS 7 will be featuring a flat and clean interface that will not be featuring any glossy touch on the applications and bars. Furthermore, we learned that iOS 7 redesign will be a “black, white, and flat all over” – the term clearly defines that how Ive is controlling things under his control. Apple has deployed more developers on iOS 7 development, and pauses OS X development for a while to get ready iOS 7 by WWDC 2013. 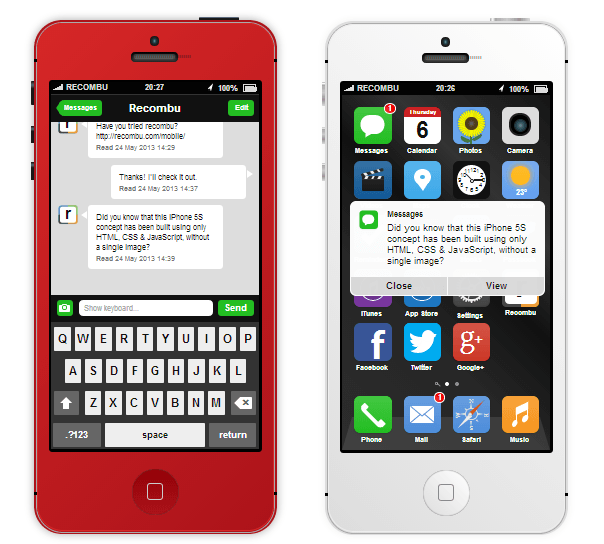 Well, if you are tired of listening to rumors and want to see some real-time iOS 7 concept with iPhone 5S then here we have got an exclusive view of iOS 7 and iPhone 5S. This concept will show you how both products will work in real time on launch. The iOS 7 and iPhone 5S concept simulator has been developed by product comparison website Recombu. They have developed an iPhone 5S simulator running an iOS 7 concept based on most recent accurate reports regarding upcoming operating system for iPhone and iPad devices.

Recombu has developed an interactive simulator representing the rumors based designs and updates of iOS 7, however, it is merit reminding here that iOS 7 will not look and act like this. It is just another good iOS 7 concept, there are some elements that may will match with final iOS 7 release but not everything. You can check out the iPhone 5S simulator running iOS 7 here.