Soon your iPhone will be able to auto unlock and lock itself in safe places based on your location. Apple is developing a process whereby when you’re at “safe” places, such as your home, it will unlock automatically and then re-lock when you leave the area. This is accomplished using the phone’s built in tracking.

“Safe” places need to pre-set from the phone settings, then when the iPhone recognises you are at that location traditional locking methods like using a passcode or Touch ID are bypassed temporarily.

As well as GPS, the system require a second indicator before security settings will change. Apple’s patent suggests the phone signal, home Wi-Fi connection, Bluetooth and the phone’s proximity to other known devices could be used to verify that you have entered one of your safe places. 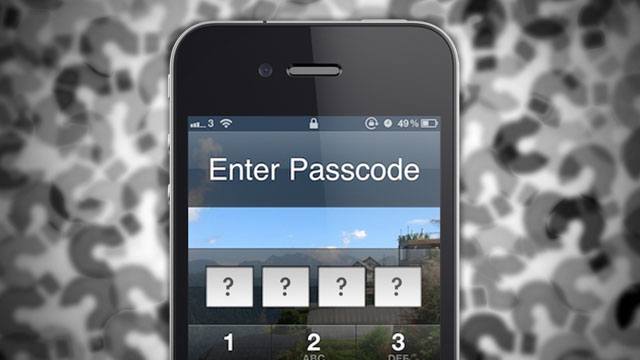 It’s likely this feature could also be applied to the use of apps, where only certain apps are available in certain locations based on their security features. It could be that when you enter the pre-defined work place, apps related to your work become available, while games, distractions and personal stuff switch off. This too could be applied to driving, so you’re not tempted to take your eyes off the road.

The patent also suggests that the layout of the home-screen can be automatically altered depending on the location, to be more convenient.

Apple Behind The Curve?

Several smartphone apps are already available on Android that accomplish much of these functions, depending on your device, and Jailbreak iPhone apps also exist that can auto-unlock based on wifi.

The Tasker app for Andorid for example allows you to set a wide range of pre-defined tasks based on time, date, and location. This includes auto-unlock. Locale can be used to control your phone’s “silent” setting depending on location. Skiplock as the name suggests allows you to skip unlocking your phone when connected to your home wifi or designated Bluetooth device.

The Samsung Galaxy S5 has the ability to remove certain security features when connected to a designated Bluetooth device, reverting back to normal when 10m or more away.

Google also registered a similar patent back in August 2013 that enforced a swipe unlock when in a safe zone, and a passcode when in other locations.

Expectations are therefore high on Apple to improve on these concepts or innovate them in some way. None of them are foolproof, for example wifi enabled security may not always work because most people’s wifi extends to outside the home, and Bluetooth connected devices aren’t going to be any help if they’re stolen along with the phone.

Apple looks to tackle this with the multiple indicator requirement.

No word yet on when this will actually be implemented.

Of course if you’re a iPhone is jailbroken there are several cydia tweaks which you can install to give you an idea of how this works, for example cleverpin.

What do you think? Neat idea or potential privacy hazard to intruders?