The Force Touch input, which you can read about in great detail on the Apple Watch website, could be featured in the next release of iPhones. The next line of Apple products are expected to make their debut in the fall of this year.

According to AppleInsider, a website which reveals all the latest rumours concerning Apple, these handset are thought to have the code name “N-71”, referring to the 4.7-inch versions. The larger 5.5-inch handset have the code name “N66”. Apparently, we will also see the release of the iPhone 6S, which will have a very similar design to the iPhone 5S. 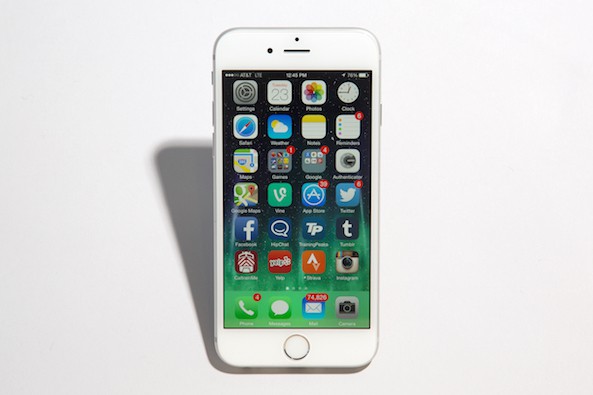 In April, Apple fans could see the Force Touch technology, a useful addition to the iPhones which works using many very small electrodes on the display. Able to distinguish between a “tap” and a “press”, the owners of these new smartphones will gain speedy access to the controls specifically related to the context of the processes which they’re carrying out on the device.

A poll on website iDownloadBlog revealed that the majority of readers are looking forward to the Force Touch technology and would like to see it on the next iPhone.

The iOS user interface would have to be reinvented, in the likely event that Apple decides that the Force Touch technology would be a good addition to the iPhone 6S. Developers would have to be able to choose customised options for whenever the user presses the screen rather than taps it. However, the “S” models of the iPhone so far have seen significant changes in software anyway.

A source from AppleInsider, “who has recently proven extremely knowledgable regarding Apple’s forward-looking plans” said that this won’t be the first time Apple have sought to bring out the Force Touch technology. Last year, there were rumours of the iPhone 6 featuring this technology, but issues surrounding the development caused it to be unsuccessful on that occasion.

AppleInsider has also revealed that the dual-camera system plans have been scrapped, much to the expectation of many who rumoured about it.

Based on everything that has been outlined so far, what do you personally think about these rumours? What other features do you think that the new iPhone 6S will offer? Let us know your thoughts in the comment section below.