One of the most intense debated subjects of the moments is the bigger version of Apple’s upcoming smartphone. If a few months ago, it was almost a certainty that the 5.5″ version is going to be launched alongside the 4.7″ one, now we’re not so sure about this, as the rumors are pointing to a separate launch, schedule for the last months of 2014.

Still, nobody thought at how Apple is going to call this phone, but according to a Chinese website, it’s going to be sold as iPhone 6L. It’s the first time we hear this name and we must admit that it pretty much makes sense, with “L” standing for “large”. 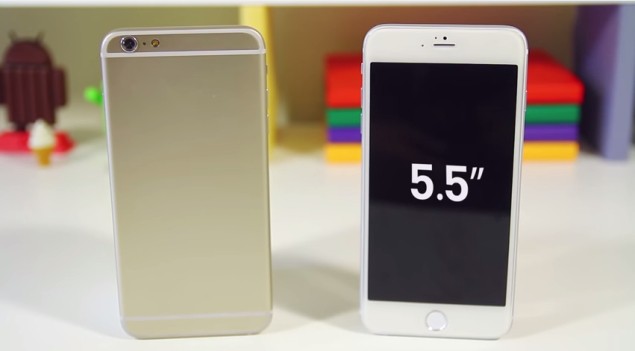 The iPhone 6L will come with a 2915 mAh battery, which is significantly bigger than the iPhone 6’s presumed 1810 mAh power pack.  The bigger battery is obviously a must, as it needs to power the larger 5.5 inches display.

For the moment, the trail is pretty cold on this, and we don’t know exactly if Apple is going to opt for this name, even though 6L fits the idea of a larger iPhone.

Stay tuned, as we’ll keep you updated as soon as anything new about this topic comes up.

Any thoughts on this? Do you think we’ll see an iPhone 6L this fall?