One big problem that people from all around the world have complained about iPhones is the fact that they don’t come with a good battery life. Even other tech companies in the industry made fun of Apple when it came down to this.

However, recent photos show clues that the 4.7 inch iPhone 6 may come with a 1810 mAh battery, whereas the 5.5 inch version will come with a 2915 mAh battery. 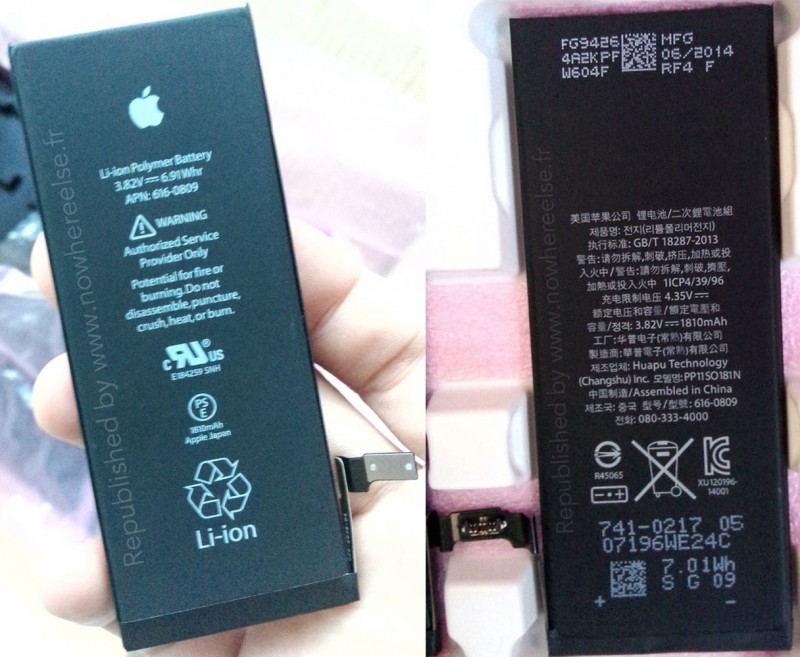 This is finally some good news and we can definitely see that Apple is listening to their customers. There is simply not a bigger issue with iPhones at the moment when compared to their poor battery life. A bigger battery capacity will offer millions of users from all around the world the opportunity to enjoy longer talk times, games, movies, music and applications without needing to recharge their phones. We’re pretty sure that Apple won’t feature a removable battery, although the idea sounds quite efficient and would probably be welcomed by people from all around the world.

As you can see, the Apple logo can be observed on these batteries and they also have the look of those featured in the current  iPhone, so let’s hope that this rumour is indeed true!

What do you personally think about this?