Next week, the big event is going to happen: Apple is finally going to introduce the iPhone 6. And even though we know almost everything about the smartphone, we haven’t seen a working one yet.

Still, the guys from GSMArena seem to have a couple of tipsters who already got their hands on the new iDevice. They just received a couple of pictures with a golden or white iPhone 6, powered on and giving us a first glimpse at the new iOS lockscreen. 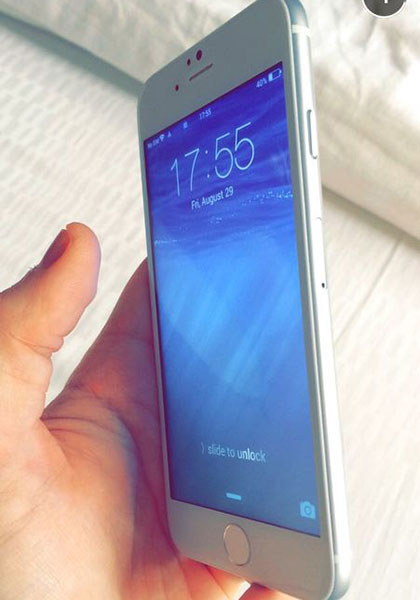 Nothing we didn’t knew or already saw, except the fact that it’s the first time we see it powered on. The iPhone 6 should come with a 4.7″ IPS LCD display and a resolution of 960 x 1704 pixels. Compared with the latest QHD displays, the pixel density will be pretty low, but don’t forget that these guys are using Retina technology, which we must admit…it looks great.

A dual-core 64-bit CPU, clocked at 2 GHz and 2 GB of RAM will power the phone, while the internal storage will reach 128 GB for some models.

We won’t ask for opinions about the iPhone 6, because we know that this can lead up to an unending discussion, so let’s count the days until September 9, when the phone will be unveiled…