You are here: GeekSays Technology News » General » iPhone 6 might let you ‘feel’ objects on screen 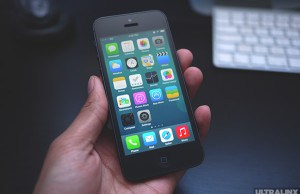 The next killer feature on Apple’s expected iPhone 6 could be a display that provides tactile feedback to users — giving users the impression, for instances, of a physical keyboard on a flat touchscreen.

This latest iPhone 6 rumor stems from a report Wednesday on Chinese site Laoyaoba, which said so-called “haptics” technology will be added into the new device.

Haptics technology is built into devices to create tactile feedback or vibrations so a user feels something when touching the screen of a mobile device. For instance, someone could feel the sensation of clicking a button or moving an object around the screen when using the technology.

Apple has made no public statements about the rumored iPhone 6. With the device expected to come out in the fall, rumors about its size, display, and features have been coming out for months. Many reports predict the smartphone will come out in two sizes — 4.7-inch and 5.5-inch — bigger than the latest 4-inch models.

Past feature upgrades for the iPhone, Apple’s biggest moneymaker, have included the Siri virtual assistant in 2011 and a fingerprint reader for the latest model, the iPhone 5S, though neither proved to be a major leap forward for the iPhone.a