Apple is known for testing its devices in wide range, and building several prototypes of iOS devices before selecting the one that comes in the market. Before the launch of iPhone 5s, and iPhone 5, everyone predicted that Apple is bringing the larger screen to meet up with the standard of today’s phablets, but it turns out that Apple indeed updated the dimensions of iPhone devices but not in the way people wanted them.

The new iPhone 5s is also carrying a similar design as iPhone 5, and focusing highly on the technical aspects of the device. Apple has its own theory of not introducing a wide display iPhone in the market, because they believe that a phone should be usable with one hand.

Well let’s cut the crap here about iPhone history, and focus on something that designers want to show you with their skeptical renderings of iPhone 6. 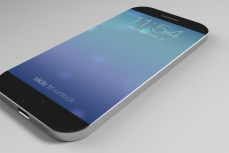 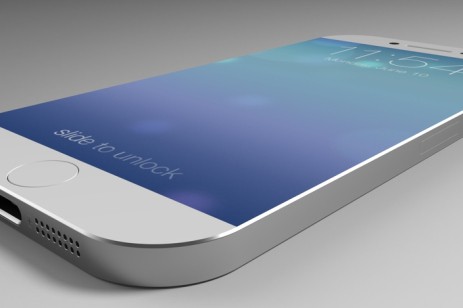 This concept looks similar to Apple’s philosophy behind new iPad Air, where the company decided ditch bigger bezels in favor to bring high definition display to iPad series. The concept shows a nearly viewable bezel on the sides, and makes the iPhone display larger.

A curved screen iPhone rendering also goes available on the internet, and the designer believes that Apple will introduce a curved screen iPhone. It seems that designer is a fan of Samsung, and wants Apple to use their technology in future development of iPhone devices.