Whenever Apple scheduled to launch new iPhone model in public, it have to go through the production scale earlier, and earlier from the launch dates to made the upcoming iPhone model more stable and accurate for the public launch. Apple always seen grounded by technical problems in the production of iPhone / iPad devices due to their higher demands, and high quality components production. There are no doubts that Apple works closer with component suppliers over the production time-phase. 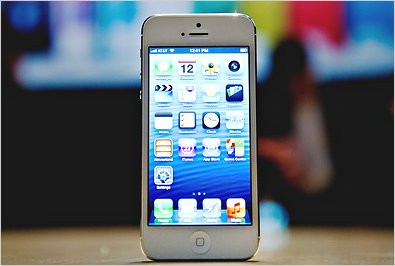 iPhone 5S is already expected to come this fall as a next-flagship iPhone device. Apple is already betting number of its sources on display component suppliers to get IPS LCD panels ready till this summer to get ready the iPhone 5S for fall launch. Apple has reportedly cut-off its business with Samsung over the LCD production of iPhone 5S, and therefore Cupertino company is indeed in look for more component suppliers.

It is reported that Apple has ordered Sharp to start the mass-production of IPS LCD panels for the iPhone 5S device in June, and to get ready all the display panels, they are in talk with LG Display’s and Japan Display as well. Indeed but truth, iPhone 5S going to be the next-flagship device and Apple needs to get ready millions of LCD display panels ready for the launch. A new report coming from Japanese publication hints that Apple is beginning the mass production with collaboration of Sharp, LG Display and Japan Display to completely cut-off Samsung’s access over the Apple’s business.

On the other side, there is a little update to rumors that are suggesting for summer launch. Tim Cook made it clear that no iPhone / iPad device is coming this summer, and therefore iPhone 5S will come in fall. Budget-iPhone model is also slated to come along iPhone 5S in fall, or more accurately in September 2013.