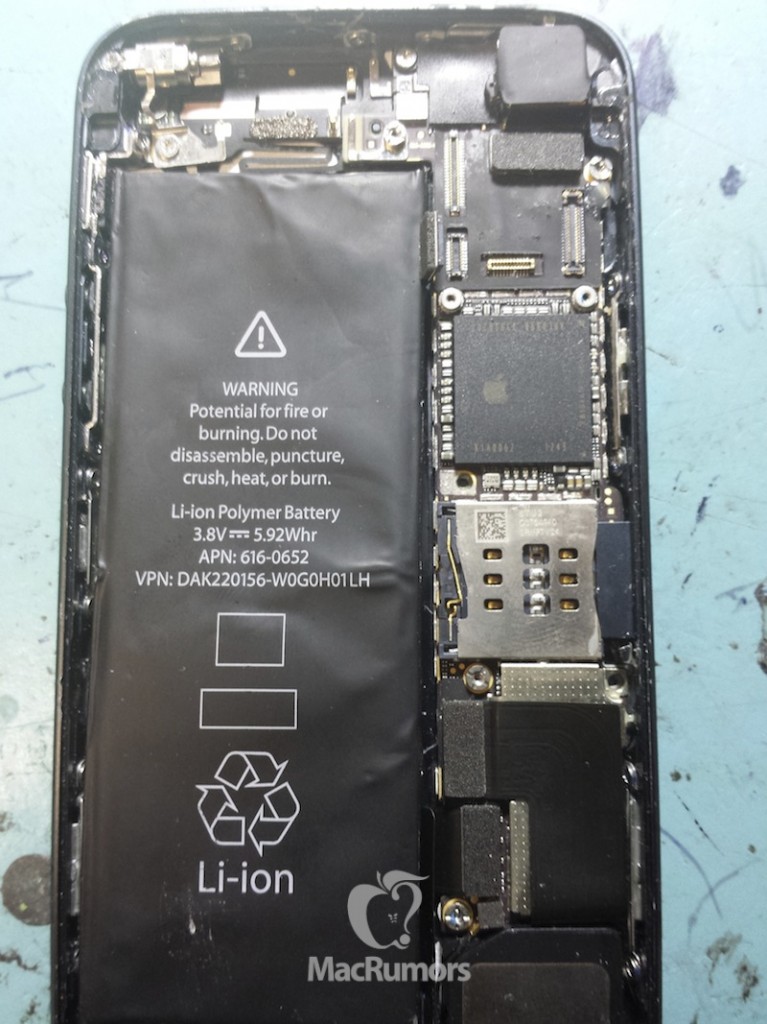 MacRumors have reportedly gotten their hands on a series of new iPhone 5S part leaks photo, and provided us with the more closer picture to their earlier discovery about upcoming iPhone 5S. The photo appears to be carrying a rear shell and components of iPhone 5S that are hinting at the Camera, and dual-led upgrade to iPhone device this year. Furthermore, the leak component part is appeared to be matching with earlier this week’s leak of the iPhone 5S logic board from a Japanese blog who hold solid track in revealing part leaks.

The components found on iPhone 5S photo suggests that Apple is experimenting with a number of colors on the iPhone material, and trying to introduce something that is never expected by everyone. We already have a long series of claims who believe that Apple is going to offer iPhone 5S in a variety of different colors.

In addition to component leaks, MacRumors noted that the CPU previewed in the photo appears to be an A6 processor which have been made in the 43rd week of 2012. It is not clear that Apple is going to upgrade the CPU or not in the upcoming iPhone model.