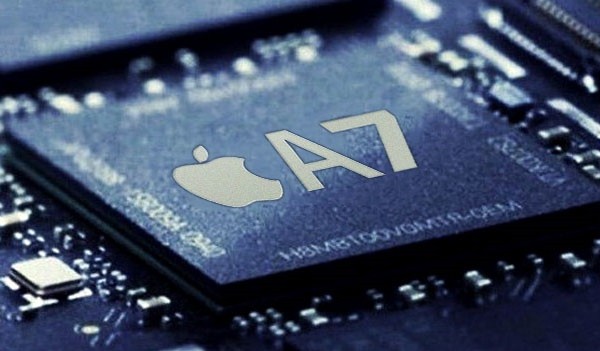 The iPhone 5S’s A7 processor is said to be running 31% faster than current generation 32-bit processor A6 processor. Apple is not new in testing wide-range of processors for its iOS devices, but this new surfaced report claimed that upcoming iPhone 5S will be spotting 64-bit processor for users that will be a huge upgrade for the users. Furthermore, the report claims Apple is thinking to introduce a whole new chip in newer devices for motion tracking in iPhone 5S and iPad 5 devices. We are still noting down the major changes that are coming in upcoming iPhone 5S to compete against the major Android phones like Samsung Galaxy S4 and HTC One series.

However, it is also reported that Apple is bringing a real finger scanning sensor in iPhone 5S this year to provide more security on iOS. The current iOS devices are popular for their strong security, but the new finger print scanning sensor will boost the security in iOS devices, and let users to control their payments like stuff with a single finger print using built-in iPhone 5S hardware. Some other reports have also claimed that iPhone 5S is getting a major update in Camera software, as per Apple is thinking to introduce a motion tracking chip in iPhone 5S, and Camera upgrade will play an important role in it.

Apple is said to be hosting a media event on September 10th to announce the next-generation iPhone 5S model in public along iPhone 5C model.