You are here: GeekSays Technology News » Apple » iPad Pro to land in early 2015

Some new interesting reports referring to a new Apple product are pouring in. It seems that we may get the chance to see a brand new product known by the name of iPad Pro as early as 2015. Before anything else, please remember that nothing is official and that these are rumours, so there are both chances for the product to exist, but also chances for Apple to never release it. 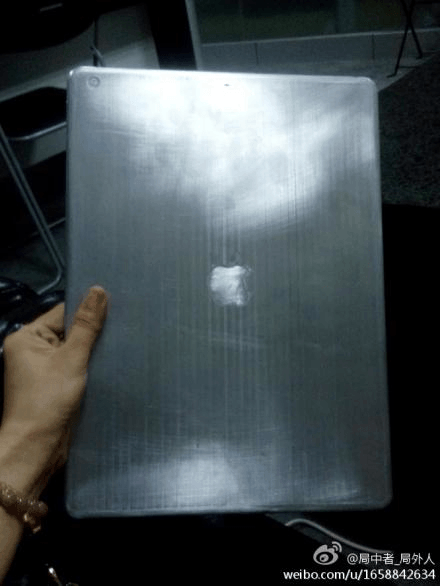 When it comes down to making an overview of the iPad Pro, it can be said that it is a better iPad designed for more professional use by corporations and those running industrial application. However, this doesn’t mean that people from the public won’t be able to buy and enjoy this great new product, as it will feature an improved version of the current iPad’s specs along with a new design to make it better for certain uses.

When it comes down to the design of the iPad Pro, chances are that it will come in a rectangular shape and with a screen that will be around 12.9 inches in size, which is significantly bigger when compared to the current screen size of the iPad Air. A different looking body can also be seen in a presumed picture of this device, which gives it somewhat of an industrial look for now, but it is important to remember that this is definitely not the final version of the product.

As in for the specs, then chances are that the iPad Pro will feature the A8X processor which is practically a new and improved version of the A8 which offers better graphic functionalities along with a stronger overall performance boost that users will be sure to recognize. Additionally, we may also see some new sensors together with a better screen and more RAM, thus allowing it to make using more applications at the same time a breeze for just about any user from anywhere around the world.

As the information outlined above is not 100% accurate yet, some aspects are sure to chance, but overall, the iPad Pro actually seems like a great portable computer that anyone can use. If I was to add something to the device, then that would be a modified version of the iOS 8 which would give it more computer like capabilities, thus truly making it a portable computer like it aims to become.