With iPad Air reviews goes live this morning all over the internet, and everyone mentioned that it is one of the most stunning device of the year with incredible slim design profile, and powerful processor chip to beat every other tablet in the market. Apple has equipped iPad Air with latest A7 Processor chip that comes with iPhone 5s. The initial benchmark results shows that iPad Air is 88% faster than iPad 4 (5th-generation) with dual-core settings, while it is 90% faster than its predecessor with a single core. 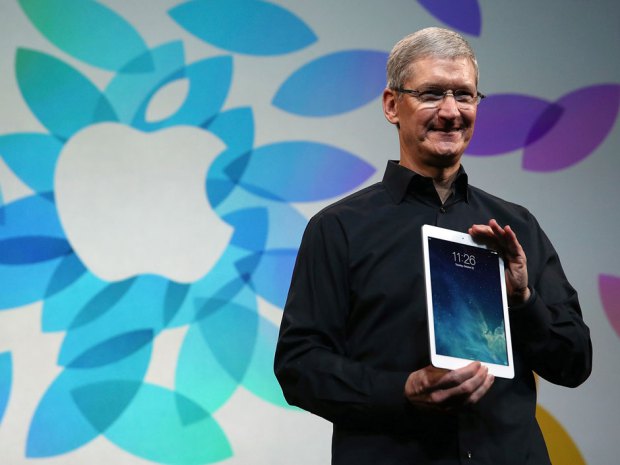 The benchmark results also reveals that iPad Air is five times faster than iPad 2, and raises the question where Apple is still pushing iPad 2 in the market as an entry level iPad device. The results get published by Primate Labs, Geekbench 3 program. It is a collection of processor speed tests that evaluate the actual processing of processes on your device. iPad Air becomes the fastest device of Apple with ARM-based processor, and it takes everything on next level in the market competition. 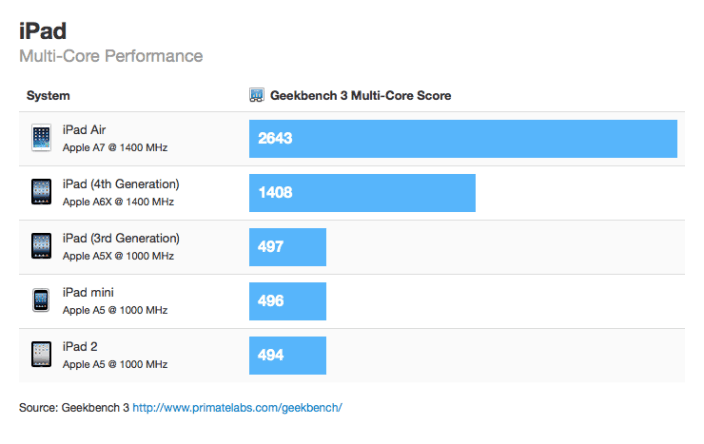 In addition to ARM based processors success in iOS devices, Intel also seems to be interested in producing in their own ARM based processors for laptops and desktops. However, the processors from Intel would be carrying a quad-core architecture instead of using dual-core settings that Apple has introduced in its A7 64bit processor.

It is reported that iPad Air is also beating the iPhone 5s in the benchmark results with larger battery, and better space to cool down things under its hood. On the other side, if we go tight with this report than in a matter of years we will have an ARM based processor really faster than our current generation processors that are used in MacBook Air devices.