Apple is already getting ready to preview its next-generation iOS 7 update to developers at WWDC 2013. The Cupertino Company has already streamlined its next major iOS update for iPhone developers at conference. The latest iOS 7 will be seeded to developers in the second week of June, and Apple will begin iOS 7 public-developers testing to fix issues in the operating system. 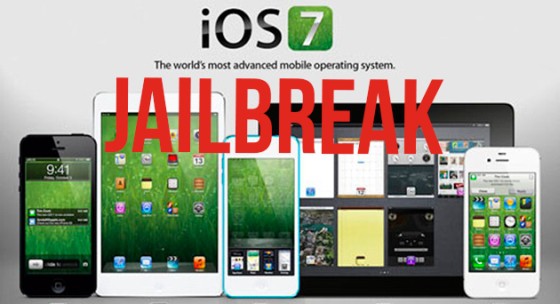 Apple will release the iOS 7 beta 1 to developers for downloading, and let them use it for their testing. The iOS 7 is said to be carrying numerous major updates to user-interface, and will carry rich media graphics to add another layer of attraction towards the Apple devices. The iOS 7 is said to be supporting almost every latest iOS devices, and the company will announce which device going to support it or not at final launch time. But there are concerns what will happen, if Apple drops the iOS 7 support for iPhone 4.

As we all know, iPhone 4 and iPod Touch devices are the only devices that are vulnerable to tethered Jailbreaking trick and allows iOS developers to easily jailbreak devices without wasting any time on making a connection with device. The iPhone 4 and old iPod Touch devices are vulnerable to limera1n hardware exploit, which helped iOS Jailbreaking community from the start. However, if Apple drops the support for iPhone 4 in iOS 7, then it will become tough for everyone to play and become hero of untethered jailbreak luxury. Majority of untethered jailbreak gets into work due to tethered jailbreak on latest iOS, as it allow developers to check out the every core of iOS system without wasting any time on the file-structure.

No one has claimed on the iPhone 4 support drop in iOS 7, but it is good to remind everyone that if Apple drops the iPhone 4 support in iOS 7 then it will bring a big damage to iOS Jailbreaking community. On the other hand, iOS developers have claimed that they have numerous iOS exploits to hack into upcoming iOS 7, and they are saving it for future.