Winocm has not announced anything about the development process instead he only teased the iOS 6.1.4 Jailbreak for iPhone 5 users. He shared Cydia’s screenshot on his official Twitter account for everyone. It is merit mentioning here that Winocm has already previewed its iOS 6.1.3 Untethered Jailbreak to public last week, and he is definitely working on the jailbreak. It was said that iOS hackers has left the iOS 6.1.3 and iOS 6.1.4 running users alone with Apple stock iOS version. 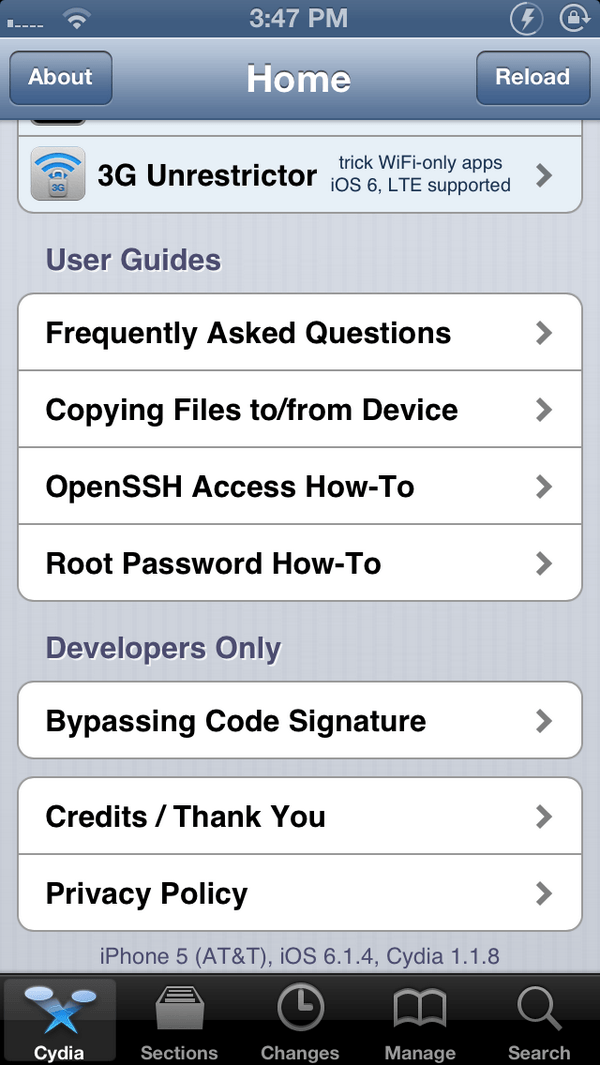 iOS 6.1.4 Jailbreak has been achieved by Winocm, but it is not confirmed that when it will be offered to public users. There are some beta testers already out there who are working and helping the hacker to make iOS 6.1.4 Untethered Jailbreak more stable on variety of devices. We are highly in touch with hacker, and we are trying our best to bring all the latest updates about the upcoming iOS jailbreak for your iOS  devices. You can reach us at Twitter and Facebook to learn more about iOS 6.1.4 Untethered Jailbreak development.