You are here: GeekSays Technology News » Apple » iOS 9 is now present on 66% of supported devices

Introduced this fall, alongside the new iPhones and iPads, Apple’s latest mobile operating system, iOS 9 is registering a very high adoption rate, being installed on 66% of the supported iPhones, iPads and iPod touch.

The OS had a very strong debut, as after just one week since it was released, over 50% of the iDevice owners were already enjoying the new features on their devices. Also, this marked the fastest adoption rate in the company’s history. 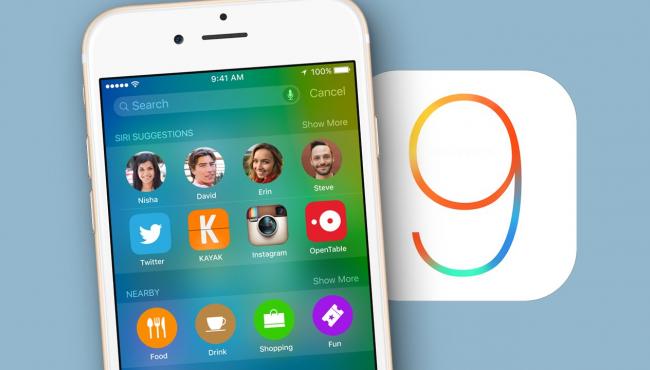 As for the rest of the devices running iOS, 25% of them are still rocking iOS 8, while 9% are using iOS 7 or even earlier versions.

According to Apple Insider, it seams that the latest iOS 9 update, 9.0.2, released last week, is responsible for the recent adoption rate bump. Before this was introduced, the rate was somewhere at 57%.

The update brought two new features: more than 150 new emoji characters, alongside extended support for Unicode 7.0 and 8.0 Characters. Beside this, iOS 9.0.2 is using the devices’ accelerometers in order to detect when they’re raised and lowered, in order to avoid accidental recordings with the Live Photos feature.

The latter allows the user to take 1.5 seconds of video before and after you take a photo. When looking at the photo, you just need to press down on it in order to activate 3D Touch and see a 3-second video, bringing your image to life. The feature is available just on the iPhone 6s and 6s Plus.

The above-mentioned source also claims that the second beta version of iOS 9.2 started rolling out today. From the update list, we can mention changes to Apple’s native browser, Safari, enabling extensions while running in third-party apps.

Apple is able to calculate the iOS 9 (and other OS versions) adoption rate by measuring the visits to its App Store.