As reported by Apple Inc the uses of Apple Inc.’s latest version operating system iOS 8 has reached to 68% by this 5th January, 2015.

According to the data published on Apple Distribution Page, the percentage of people using the iOS 7 is 29% and users of older version of iOS operating system are 4%. But the most popular version is the latest iOS 8. Till last November the percentage of users using this iOS 8 was 56% and it increased to 64% in just one month i.e. by December 22, 2014. And the latest data released on January 5 says that this rate has been reached to 68%. 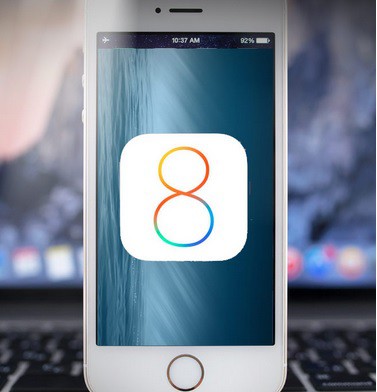 This total percentage includes both the new devices installed and older devices upgraded by iOS 8 version. The sudden increase in percentage might be because of people getting new iPad, iPhone during the Christmas season.

Apple has launched this latest version of iOS on 17th September, 2014 and made it available for almost all the Apple devices like iPhone 4s, 5 series, iPad 2, third gen iPad, iPad mini, iPad Air etc. The interesting features of this iOS 8 are Healthbook application, time lapse camera, Siri song, phone calls and messages on user’s Mac. IOS 8 was introduced just before releasing the iPhone 6.

But some iOS 8 users are facing issues after they have installed this new version on their devices. The issues are fast battery drainage, Wi-fi related problem etc. And the older devices are showing bad performance when upgraded by iOS 8. Most of the apps are getting crashed. Then iOS 8.0.1 came just after a week but users faced new problems again such as TouchID sensor was not working and poor signal. iOS 8.0.2 was then released to solve this issue.