Apple has been reportedly decorating Moscone West Center for its WWDC 2013 media event to unveil its next-generation iOS 7 and OS X 10.9 to developers around the world. Apple has started its work at Moscone Center from last couple of centers, and now it seems the work is reaching towards the deadline. Many people around the Moscone West location has reported that Apple team has start unveiling WWDC 2013 official banners around the place. In addition to WWDC 2013 banners, we have seen an official iOS 7 banner around the place promoting upcoming iOS 7 for both iPhone and iPad devices.

Apple has also unveiled OS X 10.9 banner at the center to send a silent message to world about its upcoming major updates to its software line of products. People are getting excited to take a look at iOS 7 banners, because many believes that Apple will seed hints in the banner about the upcoming iOS 7. The latest iOS 7 build is reportedly developed under Jony Ive’s control, and will introduce a new user-interface of iOS to users this year. 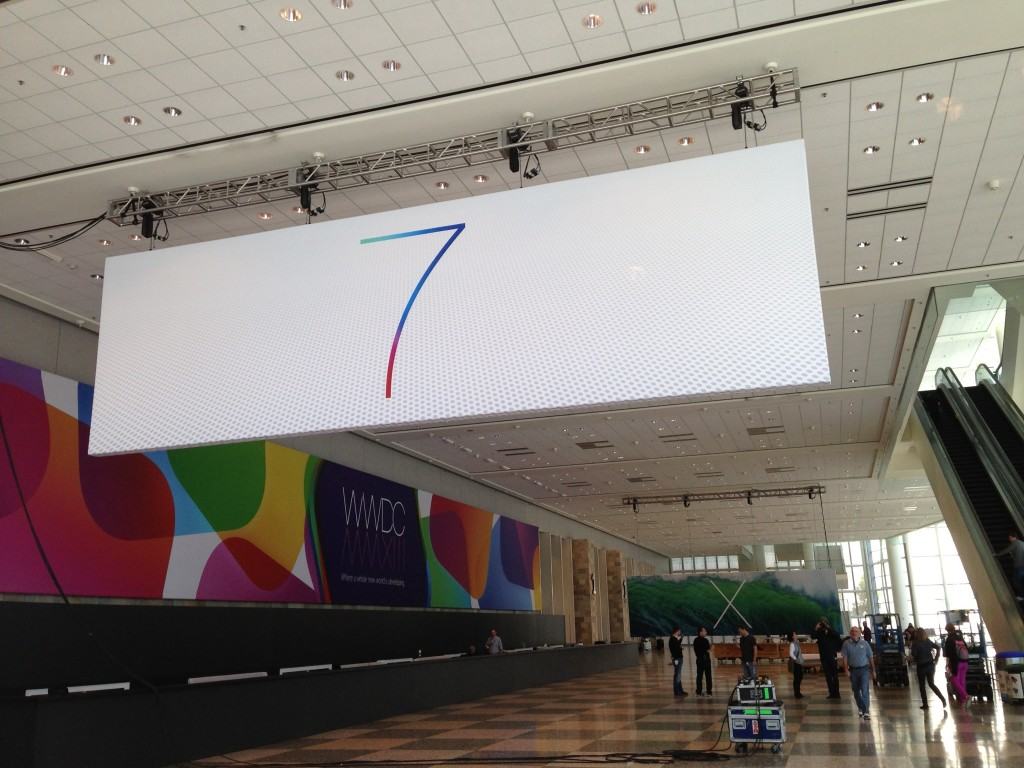 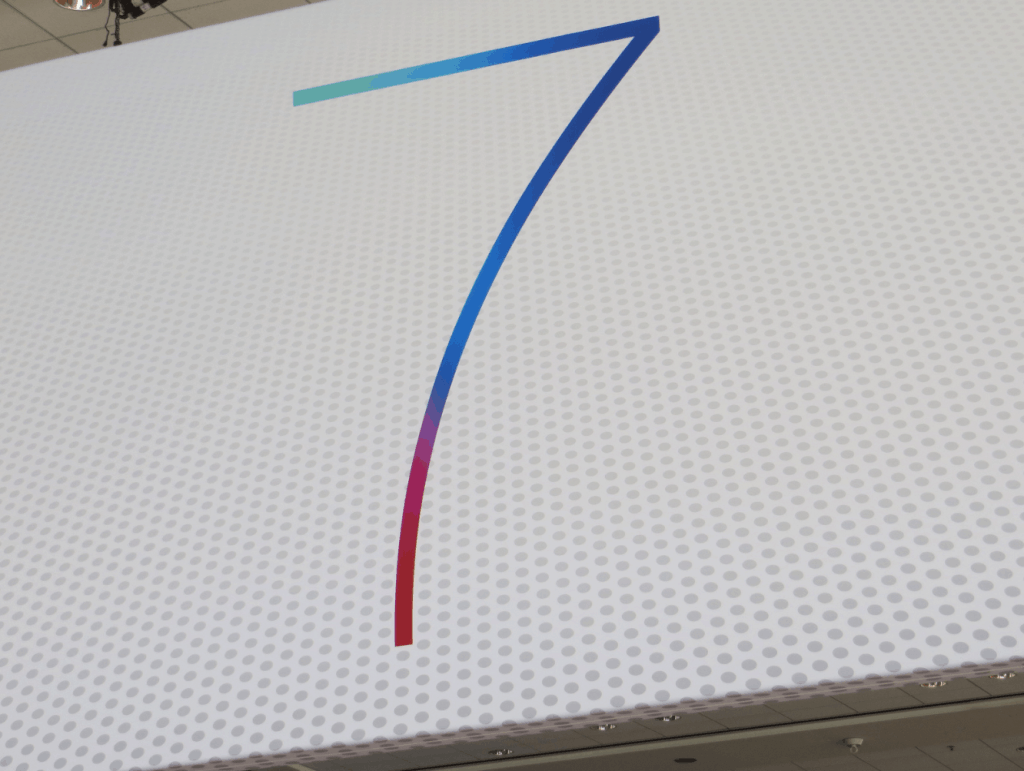 Apple unveiled iOS 7 banner this morning at Moscone West Center, which quickly gain lot of attention around the internet. Apple puts a stylish thin “7” on the banner with a white background filled with dots. The iOS 7 banner “7” filled with many different colors representing a colorful interface is pending for iPhone / iPad devices. People has already start predicting that thin “7” on banner represents the flat user-interface of iOS 7 that is already rumored several times in reports. 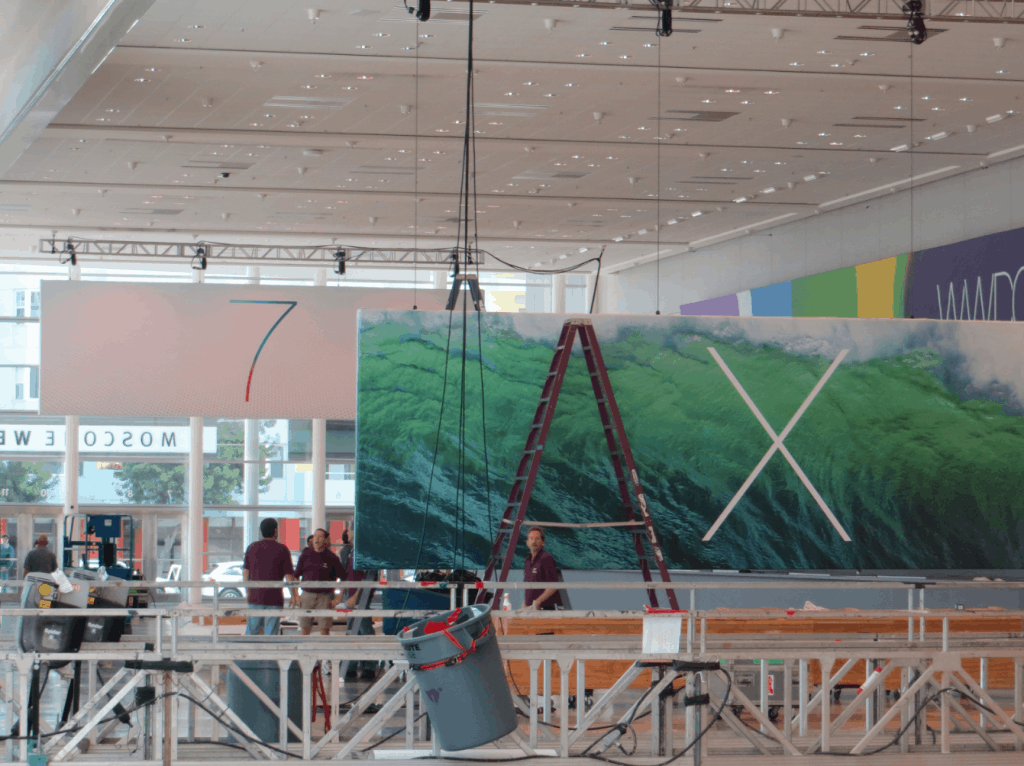 While the OS X 10.9 comes with an interesting twist for industry. It carries a brand-new green background, and a big “X” on mid of banner covering major part of banner. Experts are claiming that new background in OS X 10.9 banner carries water and transparency which is recently used for iOS. It is said that Apple may introduce more iOS features in OS X, just like they have done in past with OS X 10.8 release in public.