Apple has already pushed iOS Jailbreak hackers in the corner with a couple of changes in its next-generation iOS 7. Before the launch of iOS 7, we have talked several times whether people will wait for iOS 7 jailbreak to release or just quickly update their devices. The iOS 7 download release stats showed that people are no more looking towards the iOS 7 Jailbreak, only specific number of groups are targeting iOS 7 Jailbreak development. With iOS 7 introduction, Apple has introduced iTunes 11.1 as a major update to iTunes.

So iTunes 11.1 seems to kill Custom IPSWs for iOS 7. Alternatives will be needed to perform custom restores.

The latest iTunes 11.1 update seems to be a killer update for iOS jailbreak community, as it prevent users from installing custom baked iPSW files on their iPhone / iPad or iPod Touch devices. The report comes directly from a prominent Windows Jailbreak hacker @iH8sn0w, who is behind the popular Sn0wbreeze jailbreak utility. iTunes 11.1 seems to be blocking custom build IPSW file update from being install on iPhone and other iOS devices. Sn0wbreeze, and PwnageTool in the past allowed hackers to easily gain control over iOS devices with custom IPSW files but no more with iTunes 11.1. 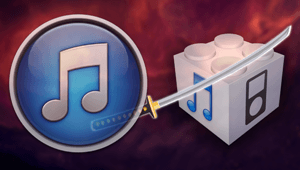 On the other hand, iOS 7 jailbreak development goes under big silence again. There are no updates coming out from hacker groups about their progress of iOS 7 Jailbreak.