You are here: GeekSays Technology News » General » No More iOS 7 Downgrade to iOS 6.1.3 Available for Public

iOS 7 is already available to users from last three days, and many have updated their devices quickly to enjoy the latest iOS 7 features and animations. It is now reported that Apple has finally closed doors for iOS 6.1.3 and iOS 6.1.4 devices. Apple servers are no more signing iOS devices with iOS 6.1.3 and iOS 6.1.4, which means who have updated their devices to iOS 7 are now out of luck with downgrading iOS 7 to iOS 6.1.3 / or 6.1.4. 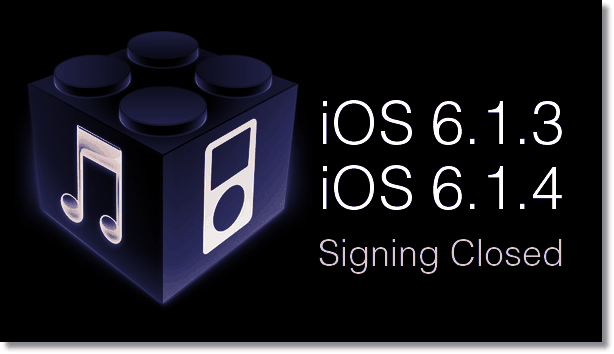 With many people likes the newly introduced iOS 7, there are number of people who didn’t like the flat layout and planned to stick with older iOS 6.x version. However, if you are one of those who have updated their devices to new iOS 7 and now want to downgrade their device, then I have a bad news for all of you that you cannot more downgrade your devices to older versions. It seems really important for Apple to stop signing iOS 6.1.3 and iOS 6.1.4 devices, and limiting users to iOS 7.0 or iOS 7.0.1 firmware version.

There are already words that jailbreak hackers are now going to launch iOS 6.1.3 and iOS 6.1.4 jailbreak in public, and many people who didn’t like the iOS 7 now wants to stick with older firmware version.

In the last couple of hours, we have received numerous requests from our readers that they want to downgrade their devices and we have guided them. However, after writing this there will be no way to downgrade your device. Until someone in jailbreaking community don’t find a way to overcome Apple’s iOS security.