Apple made several headlines this year with totally revamped layout of its iOS 7 update for iPhone, and iPad devices. Many criticized Apple for elegant and clean interface of iOS 7. The update totally changed the performance of iOS devices, and introduces handful of animations to iPhone & iPad users. Earlier this week, we heard that Apple now confirms that 74% of its iPhone and iPad devices are now running on iOS 7. 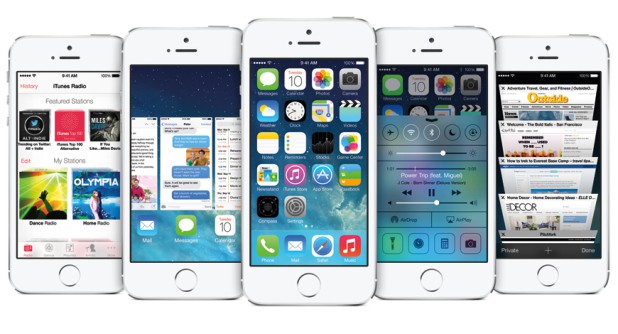 The success of iOS 7 shocked everyone around the community, as it was labelled as the ugliest update for iOS users. No doubts, Apple has made several mistakes in iOS 7 design and interface, but all these changes have brought a brand new display and environment for traditional iPhone users.  We have read numerous highly criticizing reviews about iOS 7 from many big publishers, but at the end everyone is running it smoothly, except one new addition in tech industry.

A new blog has approached Tumblr this week to highlight iOS 7 design flaws. The person behind the blog didn’t even bothered to change the default tags of Tumblr from its blog, instead it only focuses on the iOS 7 design flaws and major issues that are causing pain to developers. UX Critique – a blog on Tumblr that focuses only on the issues of iOS 7 design.

There are already few posts that you must check out. The person is not publicizing its name on the blog, but we believe that there will be more posts in the upcoming days to highlight iOS 7 design flaws and mistakes by Apple developers.