While iOS 7 development is reaching the final version for public release in the upcoming month. We believe it is time to unwrap the dirty secrets of iOS 7 in front of the users. Like some past iOS major builds, iOS 7 also depends on several jailbreak tweaks functionality that was already available to older iOS 6.x running users with jailbreak status. Without any doubts, Apple has worked very briefly on iOS 7 to give it a new look and life on iOS devices. But it seems that many developers in Cydia community going to lose their earnings with these massive changes in iOS 7. 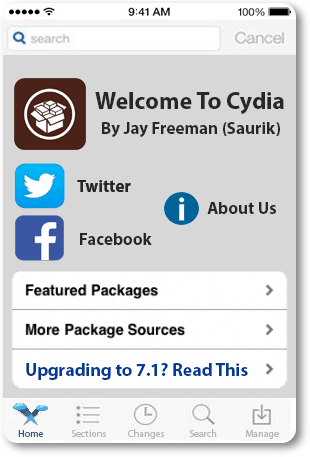 We have already heard from many users that they are not more interested in waiting for iOS 7 Jailbreak, and they really don’t require any jailbreak tool to come in the market. Apple has killed several Cydia tweaks with iOS 7, and the list is still increasing. Lately, there are lot of changes have been made in iOS to make it competitive to other operating systems available in the market. During the initial documentation of iOS 7, Apple made it public that iOS 7 is bringing real-multitasking to iOS devices and iOS users won’t have to rely on any jailbreak tool to get it on their device. Furthermore, the iOS 7 is bringing lot of 3D effects on the board for iOS devices which may also require hardware boost. However, these features were the major tweaks available in Cydia to jailbreak users. But now as per Apple is itself including them in iOS 7 for users, do we really need to jailbreak iOS 7 on iPhone, iPad, or iPod Touch?

If you ask me, yes! We still need an iOS 7 Jailbreak for our iOS devices. Because jailbreaking is not limited to some tweaks, and customization available around the community. It allows us to reach new level of satisfaction with our devices, and allows us to mod our device according to our needs. There are thousands of Cydia tweaks available that are still not included in iOS as some default functionality.

However, we are here to discuss the Cydia tweaks feature, and what have been killed in iOS 7 by Apple developers. There is a list of Cydia tweaks available that are embedded in iOS 7 for iPhone, iPad, and iPod Touch users this year.

If you are familiar with Jailbreak Cydia Tweaks, then there are no doubts that you may have heard about the awesome functionality of Auxo in iOS. It provides the real preview of applications in multi-tasking bar, and let users to end application with a swipe on thumbnails of running application on the device.

iOS 7 Control Center totally kills the requirement of SBSettings for many, but still there are lot of things that iOS 7 cannot do without a proper jailbreak. SBSettings is one of the very popular jailbreak cydia tweak that has been used by millions of iOS devices to quickly access the toggles on their devices.

If you have used any of this tweak on your device before the public launch of iOS 7 to users, then you must understand that how Apple has killed these two tweaks with new parallax feature in iOS 7 that provides amazing 3D looks on iOS 7 running device.

Yeah, finally, Apple is bringing the real-time clock icon on iOS dashboard with iOS 7. You won’t be required to install any third-party application or Cydia tweak to enable it for you. iOS 7 is killing the Clockify this year on the public launch.

In iOS 7, Apple has changed the traditional look of iOS lock-screen with new elegant layout and dynamic backgrounds. However, this is something that was already available to users via Cydia tweaks on their iOS devices.

With iOS 7 running on your devices, you won’t have to manually update your iOS applications on iPhone or iPad. iOS 7 automatically downloads and update the current installed applications. This feature was recently available to iOS users with Auto App Updater Cydia tweak.

The beta version of iOS 7 spotting the built-in call blocker for iOS users, and now you can easily block anyone contacting you on your iPhone. However, the feature is now baked in iOS 7, the Cydia tweak is useless for upcoming users.

These are some of the tweaks that have been killed by Apple developers in iOS 7. We expect more to join the list later next-month, on the public launch of iOS 7.