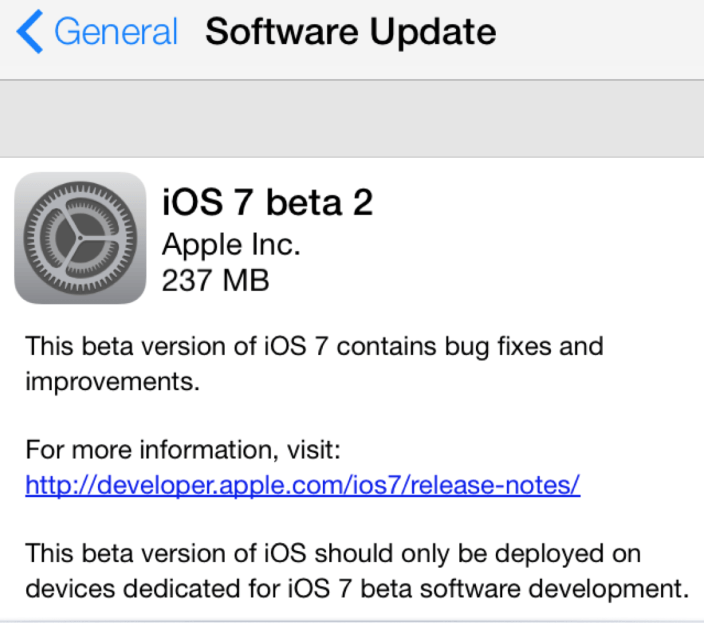 Furthermore, the iOS 7 beta 2 download is available to iOS 7 beta 1 running devices over the air update, and users can easily update their devices with a single click in Update menu on their iPhone. The iOS 7 Beta 2 IPSW download links are now available in iOS Dev Center for developers, and if you are developer you can download it from iOS Dev Center. 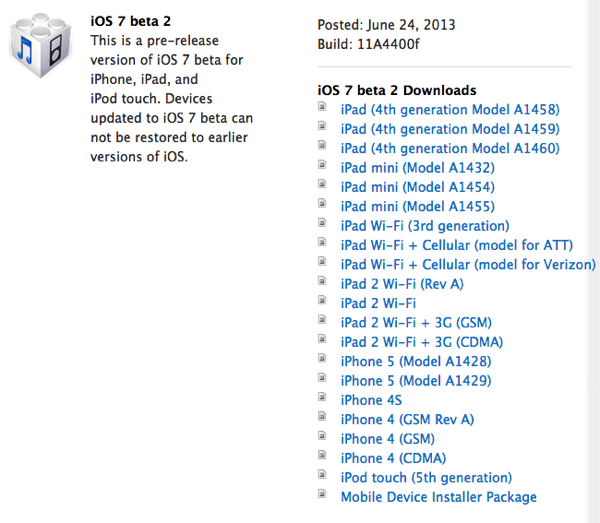