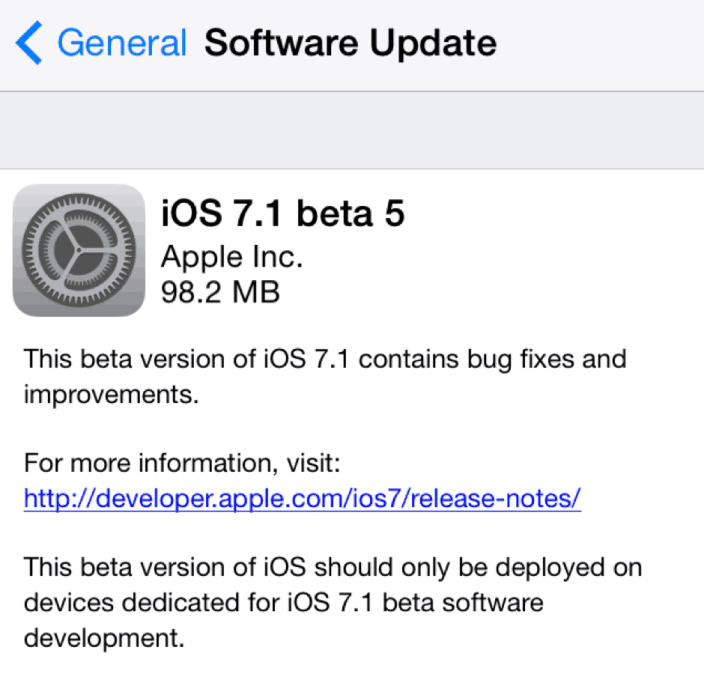 As noticed in previous beta releases, Apple made minor changes over the time span to tackle rumor mills about upcoming bigger changes in iOS 7.1, but this update unpacks major improvements to overall iOS 7.1 running device and as well as to Siri. Apple has mentioned in release notes that iOS 7.1 beta 5 download to bring major improvements to the international version of Siri.

The release of iOS 7.1 beta 5 shows that Apple is completing earlier development rounds of iOS 7.1 major update and now soon will introduce iOS 7.1 GM to developers for final testing before releasing public update to users.

iOS 7.1 download release will become the first major update for iPhone 5s, iPhone 5c, and iPad Air users across the world. We have heard Apple has made some bigger changes in the user-interface, animations, performance and stability on the long run in the upcoming iOS 7.1 update for iOS devices.