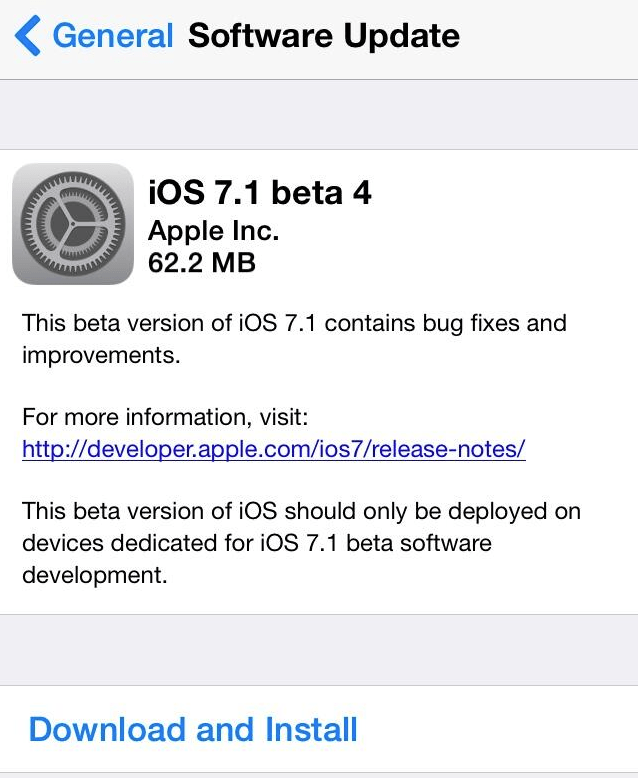 Apple is undoubtedly ramping up iOS 7.1 beta development, and released beta 4 update to developers. The beta update is available for iPhone, iPad, and iPod Touch developers. You can run this update on any registered UDID iOS device. iOS 7.1 beta 4 comes up with build number 11D5134c.

The iOS 7.1 beta 4 download update is also available via an OTA update, and as well as complete IPSW download from iOS Dev Center. It introduces minor changes in iOS 7.1 running devices user-interface. We are ourselves are downloading the update to keep track on latest changes. However, we have learned few changes from our fellow blogger friends: The iOS 7.1 beta 4 comes up with introducing new animations for “Slide to Unlock”, and “Slide to Power off” dialogues.

The download links for iOS 7.1 beta 4 update is currently uploading on our direct links server, you can check out the current progress here on our iOS 7 Beta download page.