Apple has released the iOS 7.0.6 update for iOS devices this morning. Apple has been reportedly tackling the launch of major iOS 7.1 update to public, and reports are suggesting that Apple is waiting for the automobile industry to completely update their system at the time of iOS 7.1 launch in public. 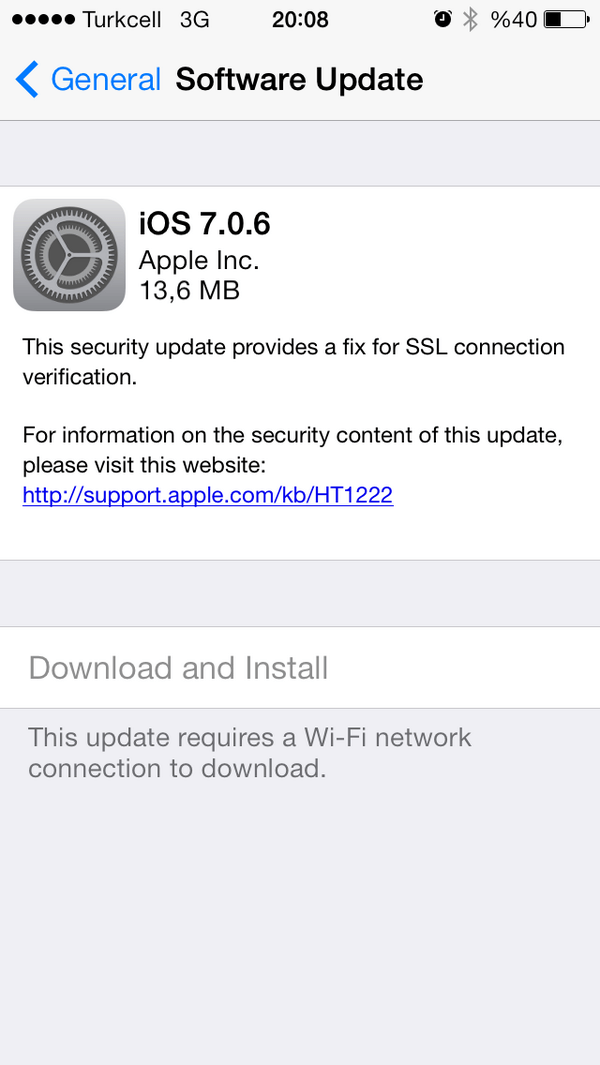 In the meantime, we have iOS 7.0.6 download update available for all iPhone, iPad, and iPod touch users. Just like every other minor update, the iOS 7.0.6 download focuses on improving iOS 7.x.x running devices security with fixing an important bug that offers SSL connection verification.

We are working with jailbreak community sources to learn more about the compatibility of iOS 7.0.6 jailbreak with iOS devices, and evad3rs have not released a single word on the social network.