Apple rolled out iOS 7.0.4 few days ago for every iPhone and iPad device in the market. It brings iOS 7.x.x running device to newer version for performance improvements and bug fixes. Just like any other iOS update, it also raised flags in communities all over the world. Many people were worried about the new security updates, and changes in the update. However, we have confirmed with Evad3rs, and our personal testing lab team that iOS 7.0.4 is completely safe to update.

iOS 7.0.4 Unlock on iPhone 5 / 5s is also achievable. There are two kinds of iPhone unlock available in the market at the moment. One is Factory Unlock, and the other is SIM interposer unlock trick. The latest update also allow iOS users to easily unlock iPhone 5 or iPhone 5s on iOS 7.0.4. To unlock iPhone 5s on iOS 7.0.4 users will need to get a SIM interposer from local market. It can cost differently on different networks locked iPhone models. 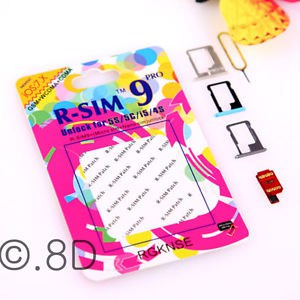 If you are struggling with barred IMEI or locked iPhone 5, iPhone 5s model then you should get your hands on R-SIM or any latest Gevey SIM model in local market to unlock iPhone 5s, unlock iPhone 5 on iOS 7.0.4.