Apple has already announced that iOS 7 is going available next week. It appears that Apple employees are already widespread testing the upcoming updates to the next-generation iOS 7. It is reported that iOS 7.0.1 and iOS 7.0.2 is spotted in analytics report of many publications around the industry. It has been also said that Apple is pretty ready for the development of iOS 7.1, as we personally spotted the iOS 7.1 mention in our web analytics. Apple is reportedly testing both minor and major updates to iOS 7.0 version that is schedule to go public on September 18th. 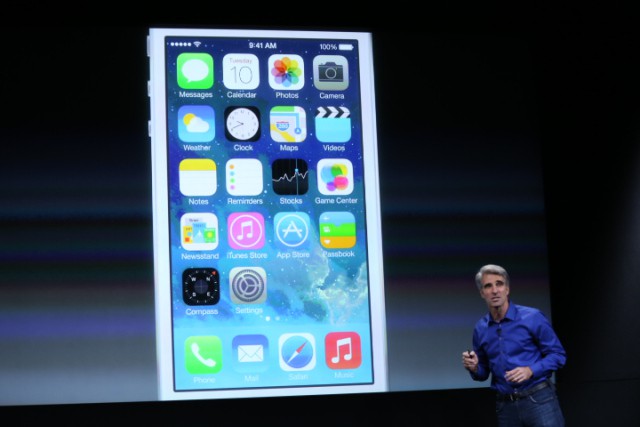 The report comes from 9to5Mac, which reports that they have seen iOS 7.0.1, iOS 7.0.2, and iOS 7.1 in their web analytics, and all of the hits are coming from the surrounding areas of Apple headquarter. The website is unable to confirm the legitimacy of the hits on their server but in the past their web stats has hinted on the upcoming devices specifications correctly. The iOS 7.0.1, and 7.0.2 running devices are not only limited to Apple campus but according to their stats they are all accessing the website from different places which means Apple is wide-testing the upcoming updates.

The iOS 7.0.1 and iOS 7.0.2 updates are meant to be minor updates to iOS 7.0, but iOS 7.1 update is currently considered as a first major update to iOS 7.0. After the public launch of iOS 7.0, we will see Apple seeding other latest iOS 7.x betas to developers to fix all sorts of issues with their major revamped iOS core functions. There are no words from our sources that when iOS 7.0.1 will be released in the public but we can expect Apple to be seeding a minor update to iOS 7.0 right after the launch of iPhone 5s and iPhone 5c in the market.

Both latest devices are coming preloaded with iOS 7.0 and there are chances that we will see any kind of bugs on them so Apple will be seeding the iOS 7.0.1 and iOS 7.0.2 update right after the public launch of iOS 7.0.

In the meantime, you can take a look at our iOS 7 download coverage & tips.